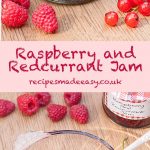 Raspberries and redcurrants –  What a combination! The slightly tart redcurrants compliment sweet juicy raspberries perfectly in this raspberry and redcurrant jam, giving the jam just the right amount of acidity to really make the flavours zing. 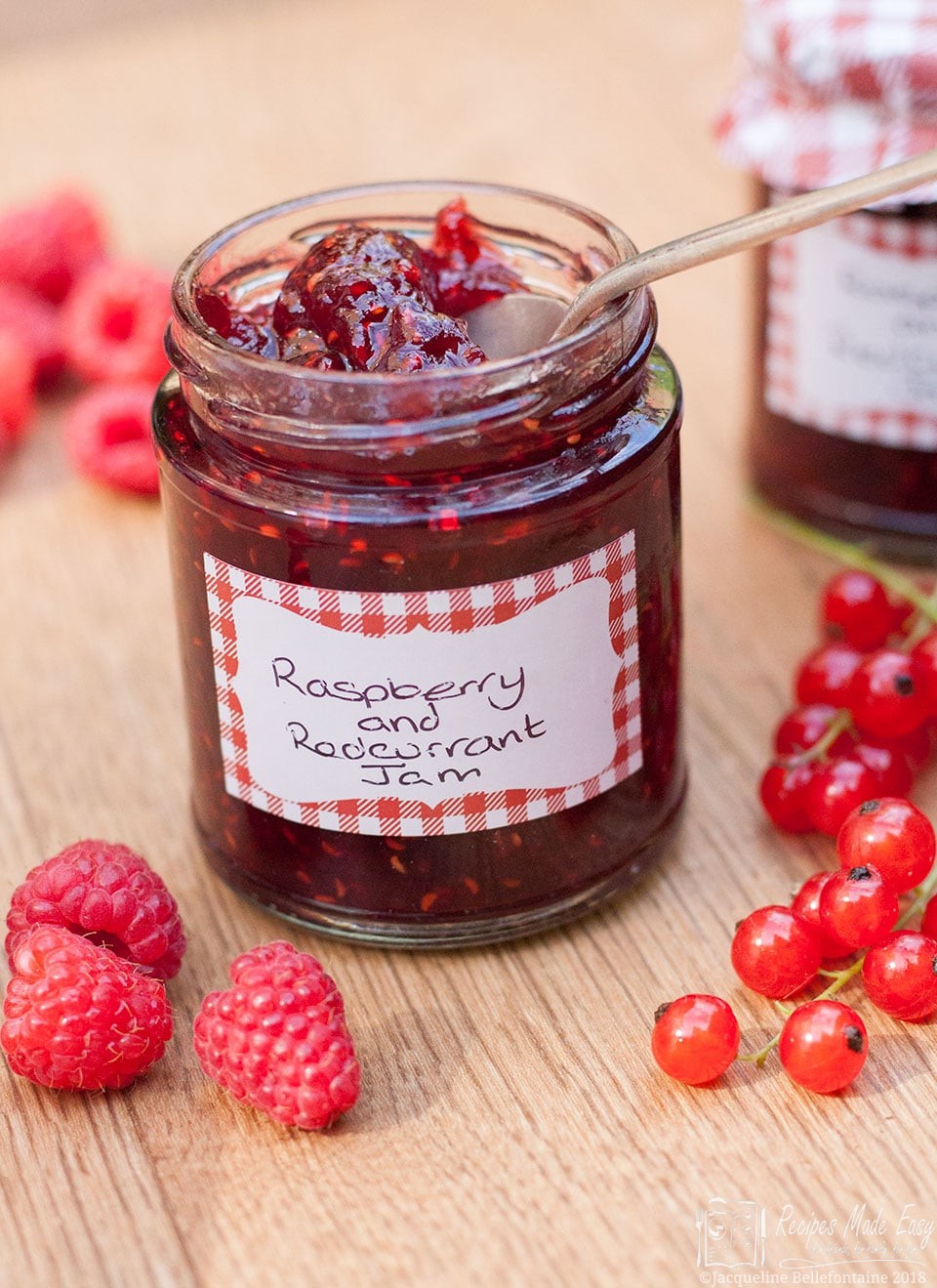 I am sure you many of you already know that I have been busy making preserves from the fruit on my allotment. This jam is a first for me and it could become my favourite. Ok I know I said blackcurrant is my favourite jam but that was before I tried this one. I like raspberry jam but have always found it slightly lacking in the flavour stakes,  it tastes great but it not as good as blackcurrant or strawberry jam.

Jam always seems to intensify the flavour of strawberries in a way that just doesn’t happen with raspberries. Blackcurrant jam has a delicious acidity that cuts through the sweetness. But add redcurrants to raspberry jam then something magical seems to happen. The redcurrants not only seem in increase the flavour of the raspberries but also add just a delicate touch of acidity to give the jam a light tang. It’s delicious!

Now I know some people don’t like raspberry jam because they find it too seedy. Redcurrants are also very seedy too. Personally I don’t mind that at all, but if your prefer you can make a slightly less seedy version of this jam. Simply cook the redcurrants and raspberries separately until softened (add half the quantity of water to each. Then strain the redcurrants through a fine sieve squeezing out as much of the  juices as possible and add the juice to the raspberries. It’s a little bit more of a faff, but I think you can see in the picture below  that there are less seeds though still masses of flavour. I think seedless jams lack both flavour and texture so this is a good compromise

Place a couple of sauces into the fridge before starting, ready for testing the jam for setting point or use a thermometer.Click here for How to sterilize jars and test for set.Nutrition information is calculated based on this jam making 6 x 450g (1lb) jars and each serving being 25g (1oz)

Cook the raspberries and redcurrants in the water until soft.

Bring to a rapid boil and boil until setting point is reached.

Test for set with a thermometer or

use the wrinkle test.

More Jams and Preserves Made Easy