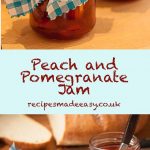 The pomegranate flavour in this Peach and Pomegranate Jam is subtle but oh so delicious. It is fast becoming my favourite flavoured jam. What’s more, it is really easy to make. 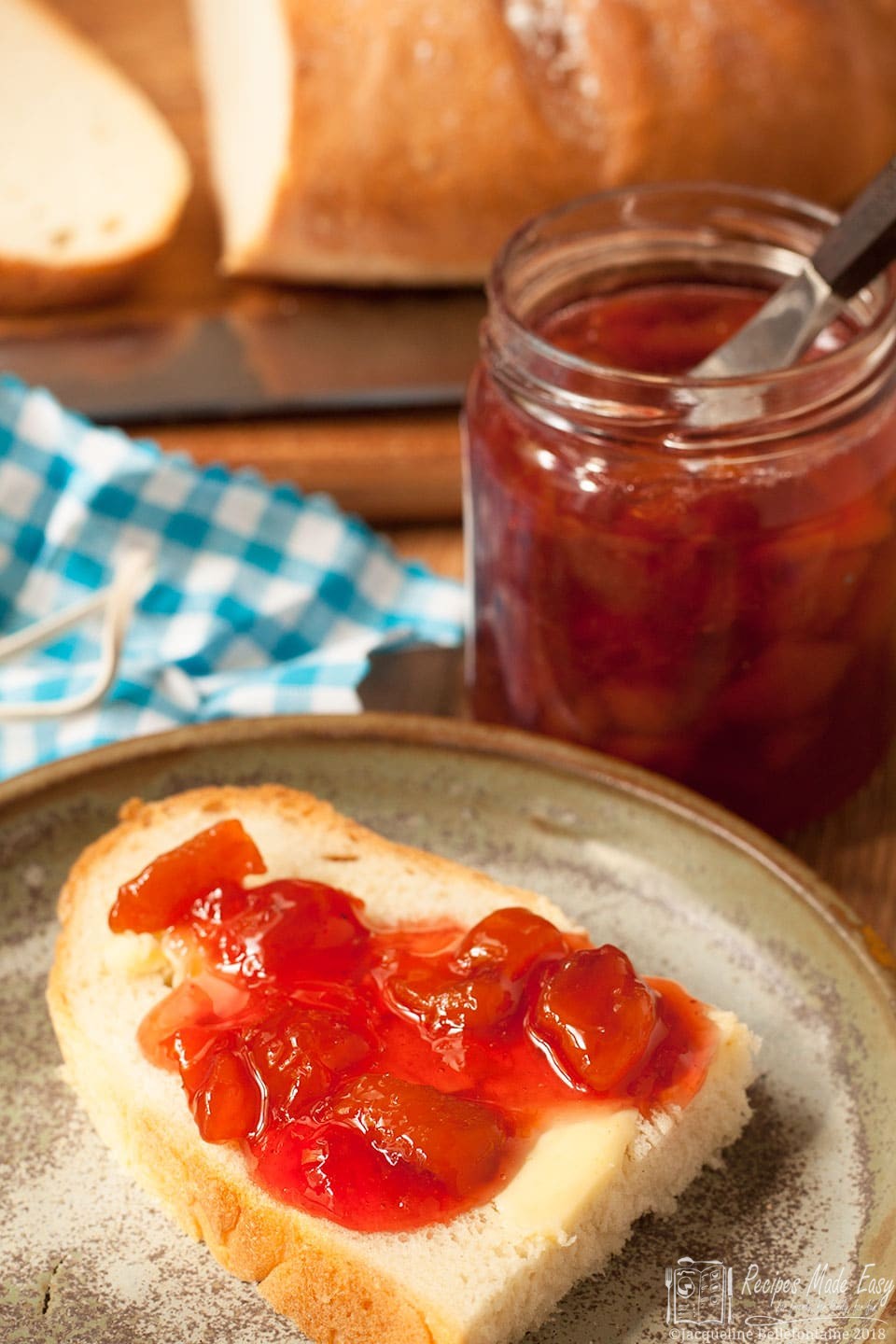 If you have been following Recipes Made Easy then you can not have failed to have noticed that this year I have really got the preserving bug.  I have made jams for many years but less so recently and I was beginning to  forget just how easy it was to make.  However with my newish allotment really started to bear lots of fruit and not wanting any of my hard work to be wasted I’ve rediscovered a passion for making preserves.  So last week when I was asked if I would like to go to a workshop on modern jam making, I couldn’t say no! 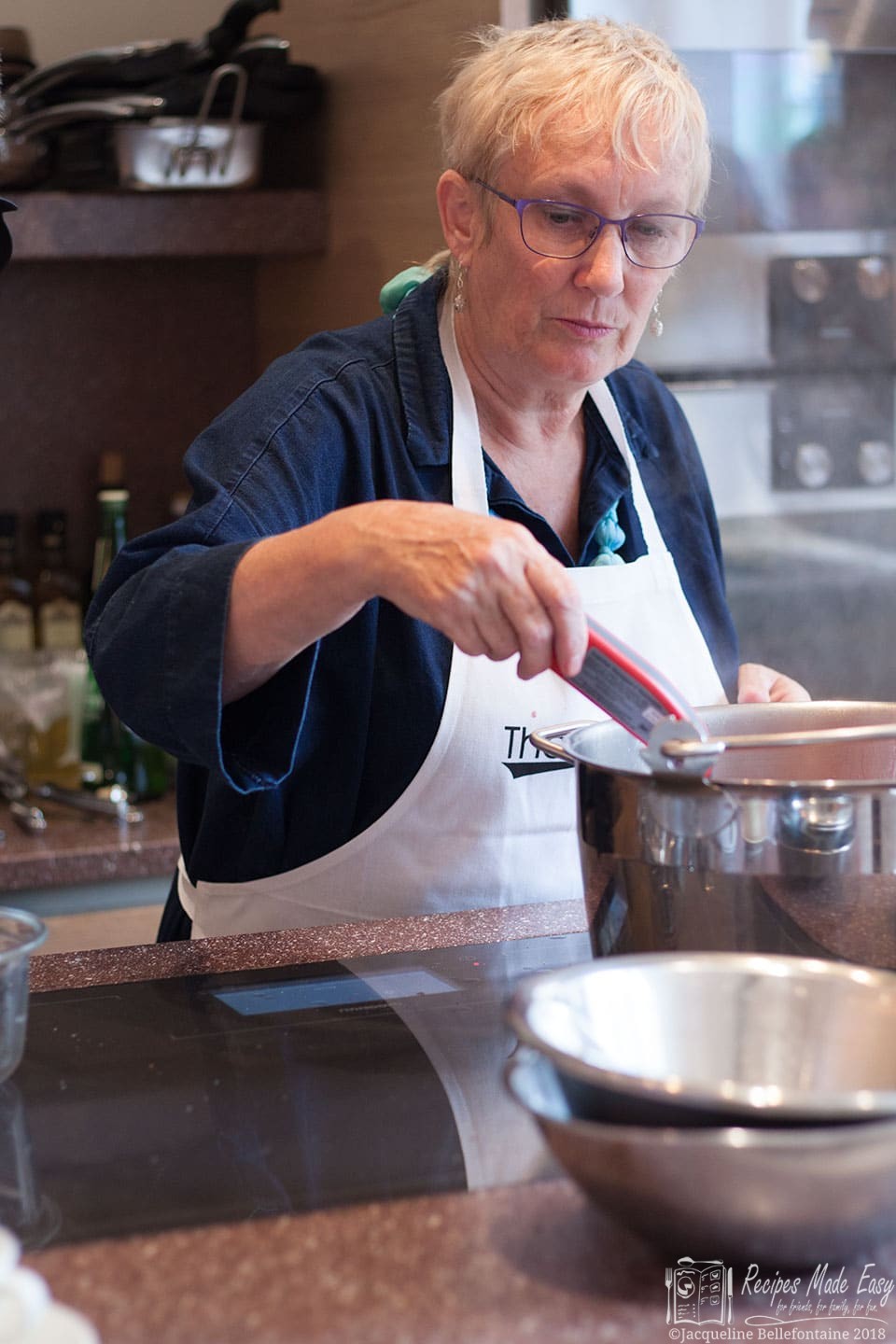 Mary demonstrating testing for set with a Thermapen thermometer.

It was hosted by the lovely people at Thermapen (who make the most accurate and reliable food thermometers – I should know, I have got through a fair few over the years until I discovered theirs, so I can’t help but rave about them) and presented by well know food writer Mary Cadagon. So what is modern jam making? Mary explained how today’s jam makers and consumers tend to like jam with a little less sugar and a softer set. They also like to play around with different flavours perhaps by adding  unusual herbs and spices, a splash of booze or an unusual fruit combination. Her Greengage with bay jam, and peach, raspberry and lavender jams were sublime. 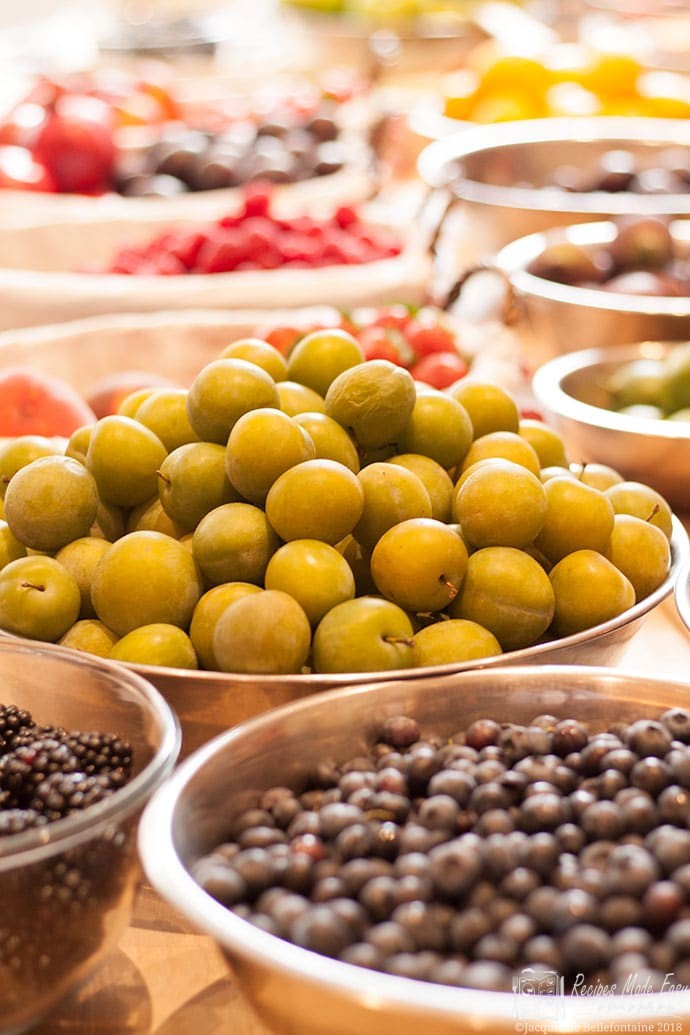 After the introduction, we set about in pairs making our own small batches of jam. Surrounded with some fabulous fruit and flavourings to choose from I was in my element.  Partnered with an old friend Ann we set about making our peach and pomegranate jam.  The flavour is subtle but delicious and a little lime gives it a little bit of acidity which helps balance the flavour.  Cinnamon and cardamon completes the flavours. 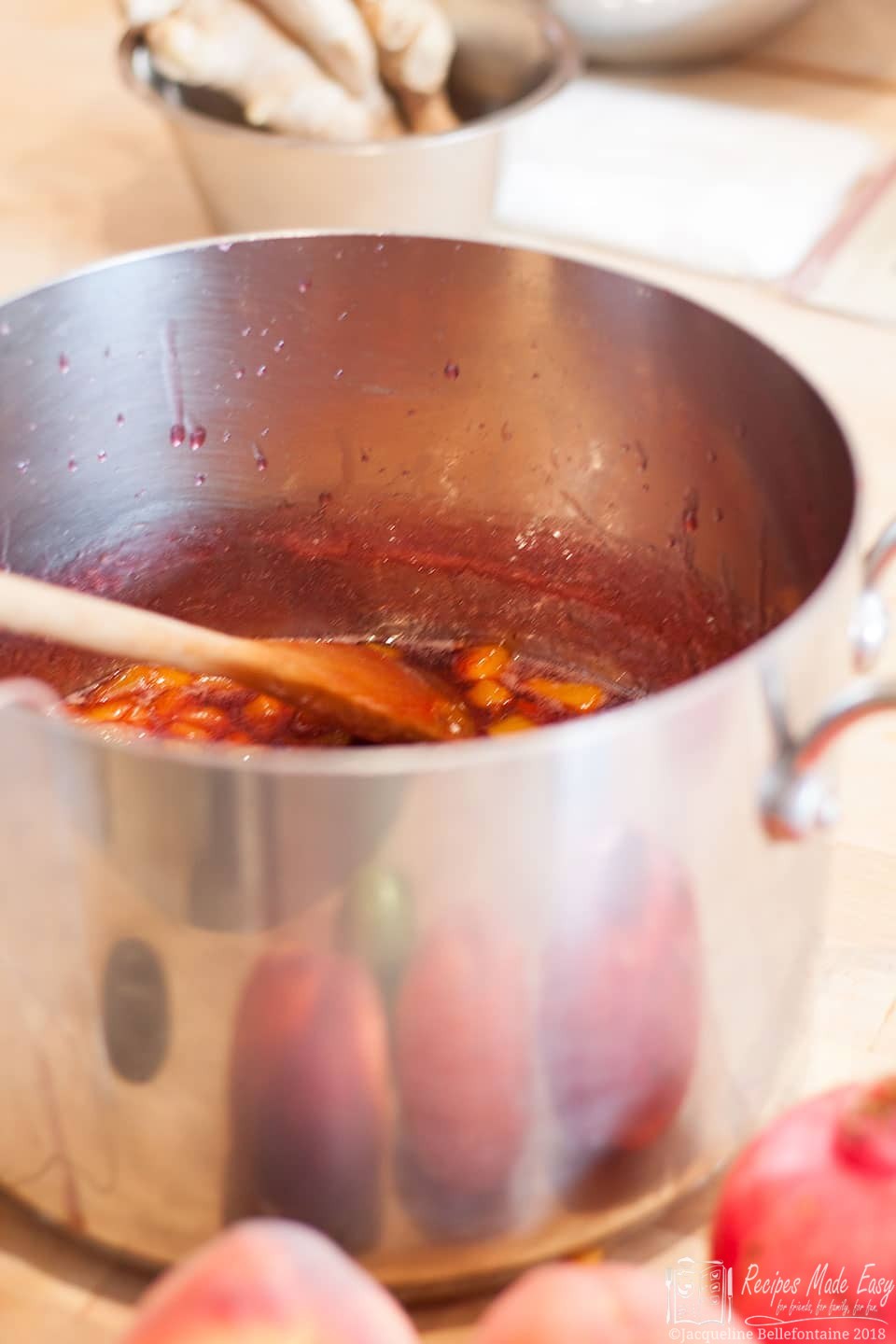 Being lower in sugar (traditionally sugar and fruit is added in equal quantities, we were using 750g to 1 kg of fruit) the jam will not keep quite as long and is best stored in a cool dark place,  ideally the fridge, especially after opening. But who wants to eat jam that’s years old anyway? By making it in smallish quantities of about 4-6 jars  this is hardly a problem and has the advantage that the jam is quicker to cook saving time and giving it a fresher flavour than when made in large quantities.  Mary suggested that from a batch of four jars you could eat one, keep one to enjoy a little later, give one to a friend and make a super easy ice cream by mixing one jar with some whipped cream and freezing (no churning required – I have to try that!). 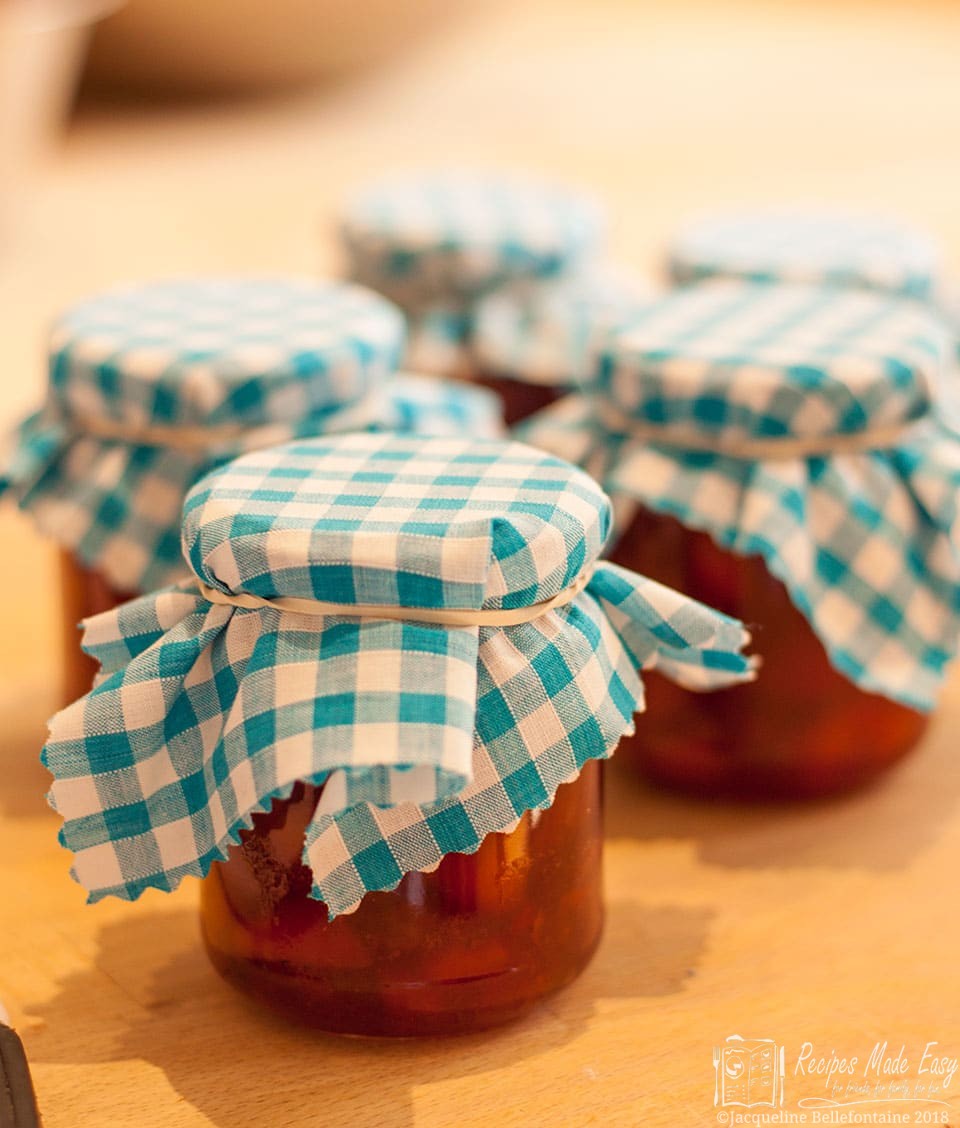 Testing for setThere are various ways of checking your jam is set. The most reliable is using a digital thermometer as it takes the guesswork out of the process and ensures you don't overcook the jam and preserve all the fruity flavours.If you don't have a thermometer another way to test is to put a couple of saucers in the freezer when you start your jam making. When you think the jam has set, remove it from the heat and spoon a teaspoonful onto a chilled saucer. Leave a minute, then push the jam with your finger, if it wrinkled the jam is ready, if not return to the heat and boil for a further 5 mins before retesting.JAM SUGARThis is large crystal sugar with added pectin for use with lower pectin fruits such as peaches. Not to be confused with preserving sugar which is large crystal sugar without pectin and is used with fruits that has high pectin content. Both these sugars produce clearer results with less scum than granulated sugar, though they are more expensive. Adding  a knob of butter once a set has been reached will help to disperse any scrum.

Add the pomegranate juice and squeezing out as much as you can.

Place the muslin bag containing the pips and spices in the pan with sugar. 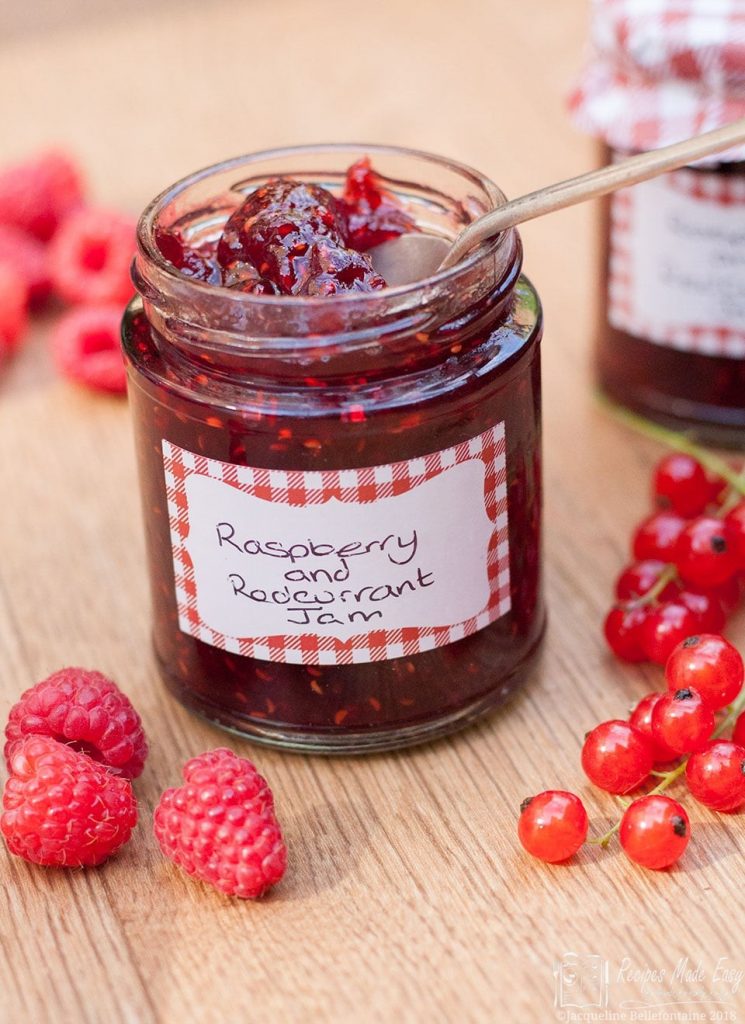 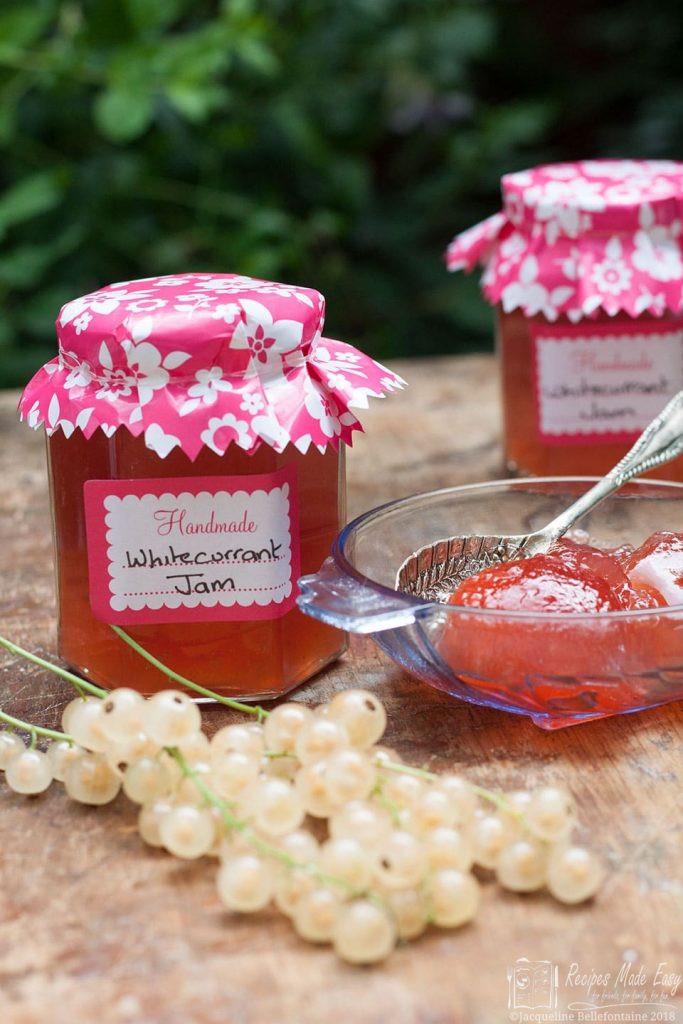 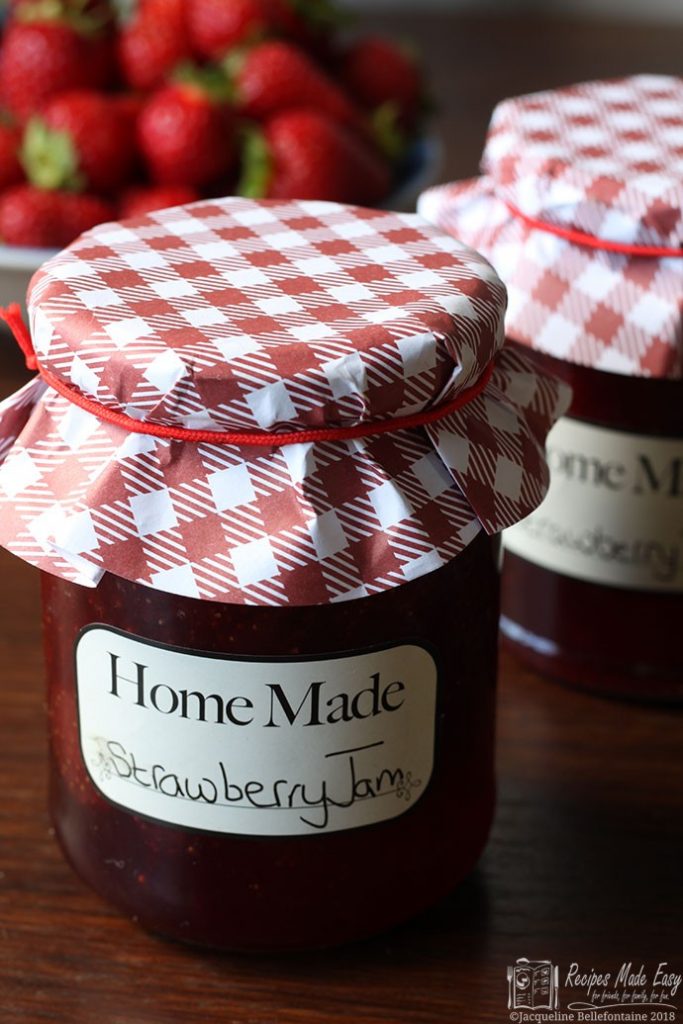 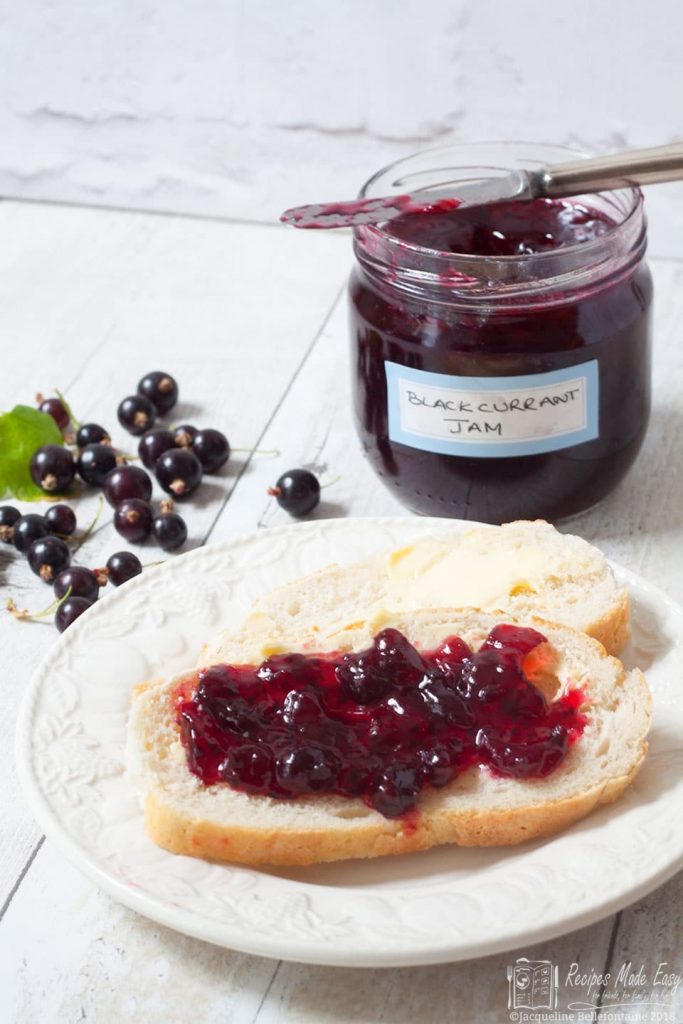