Another soup this week for no other reason than that it’s soup kind of weather. Granted, you can have soup anytime of the year. The pea and watercress soup I posted earlier in the week is a case in point. Equally delicious served hot in the winter and cold in the summer. To me, January is the time of year when a bowl of hot soup is quite simply a welcome dish. This roast parsnip soup is no exception. It has a rich creamy flavour even though there is no cream or even milk in the recipe and is surprisingly filling. 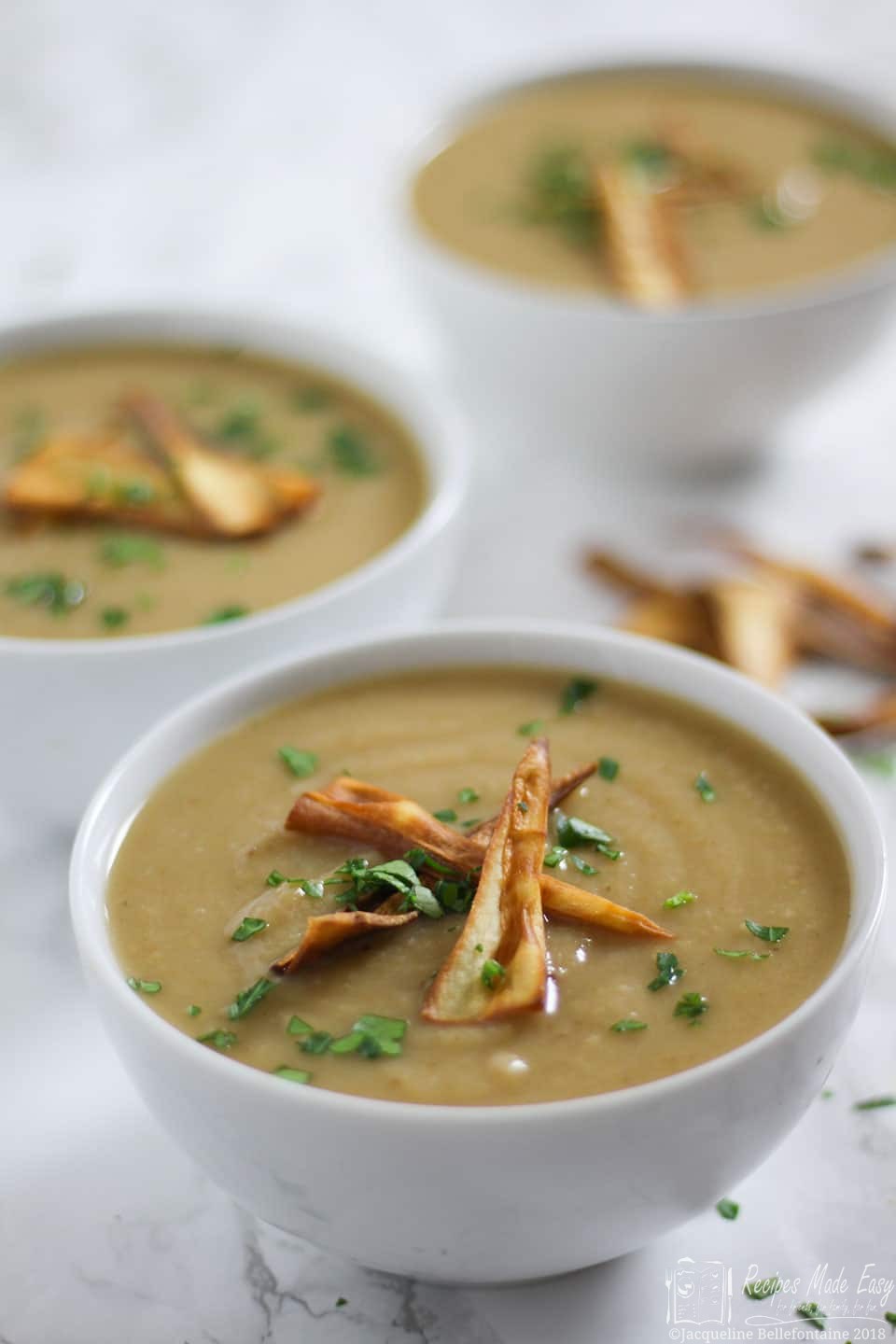 For a soup that is really easy to make with just a few ingredients, the flavour is really intense and delicious. Roasting the parsnips really brings out their flavour and gives the soup its wonderful colour. I sometimes cook the parsnips when I have the oven on anyways for Sunday roast and then make the soup on the Monday. A quick and easy meal for a work night.

It really is worth adding a garnish to soup. It turns an often rather plain looking dish into something much more visually appealing. Which is important since, as we all know, we eat with our eyes.  It doesn’t have to be complicated, a simple swirl of cream or some chopped herbs is all it takes.  If you want to go a little further, you could make croutons (fried cubes of bread) which not only add visual appeal but also some crunchy texture to the dish. For this soup I made a few parsnips crisps. They only take a little extra effort but, I think, really make this soup extra special. 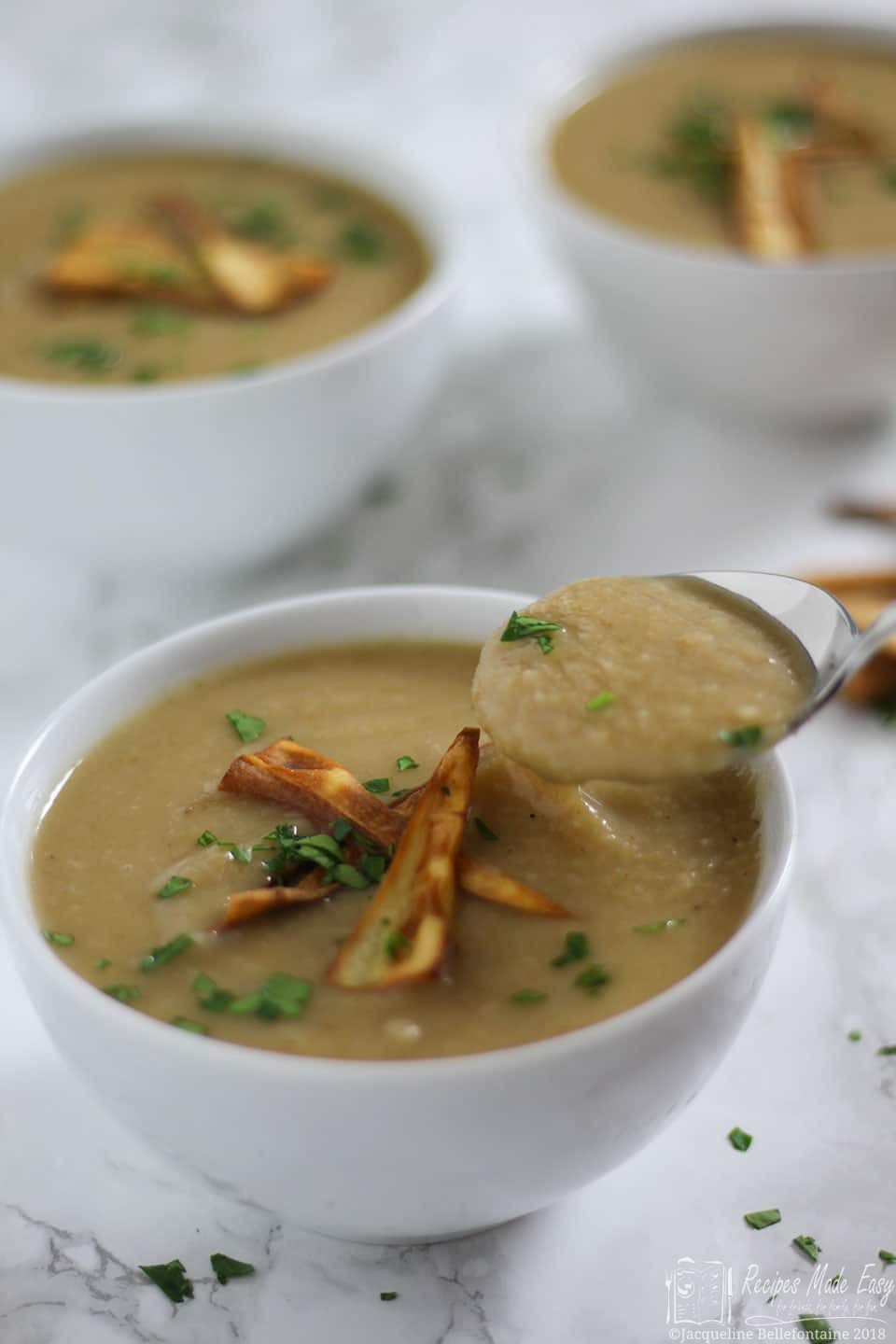 Diced pancetta or some strips of streaky bacon, fried until crisp make a delicious garnish when serving to non vegetarians.Freeze: for up to 3 monthsNutrition information is approximate and is meant as a guideline only. (It does not include seasoning with salt and pepper or garnish.)
Tried This Recipe?I would love to know how you got on – Tag me on Instagram or Twitter @RecipeCrumbs or leave me a comment and rate the recipe below

Place the parsnips in a saucepan with the stock and simmer for 20 minutes. Purée until smooth.

For the garnish, cut a small parsnip into thin slices lengthways with a potato peeler.

Shallow fry until crisp and golden.

Serve the soup topped with the parsnip crisps sprinkled with parsley. 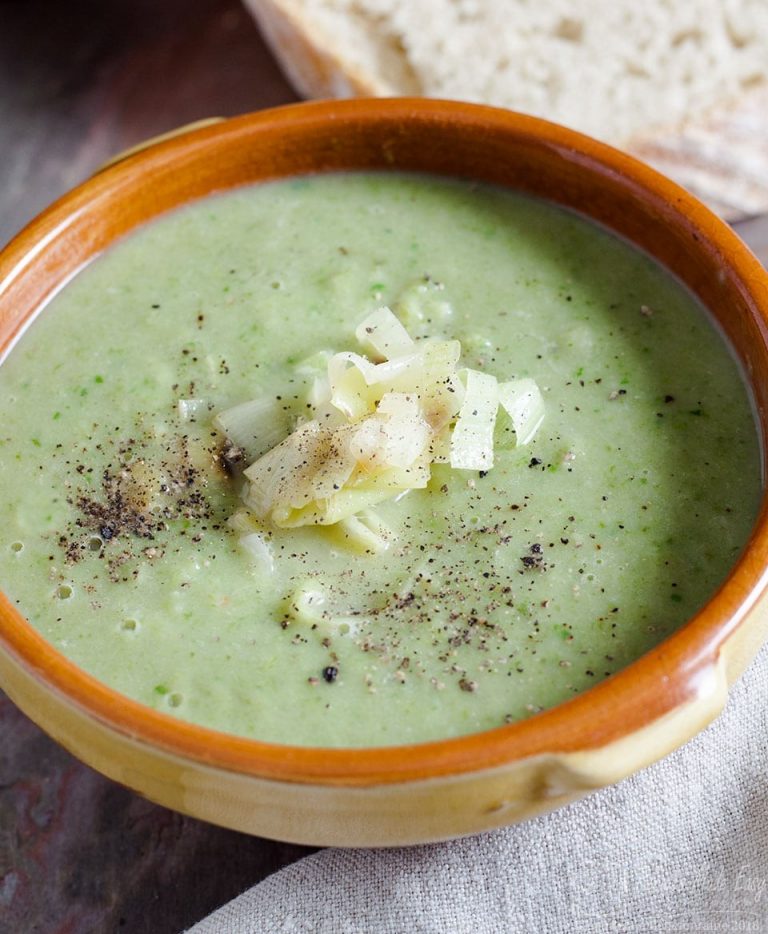 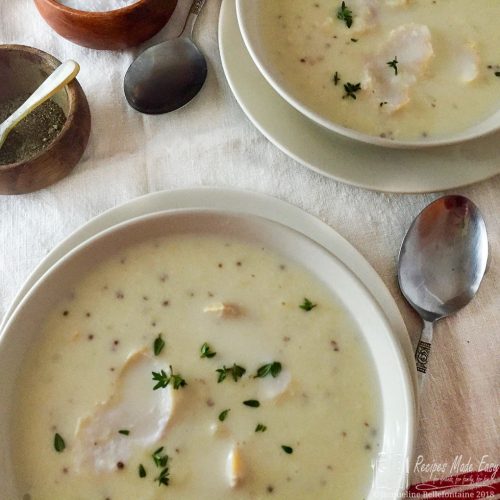 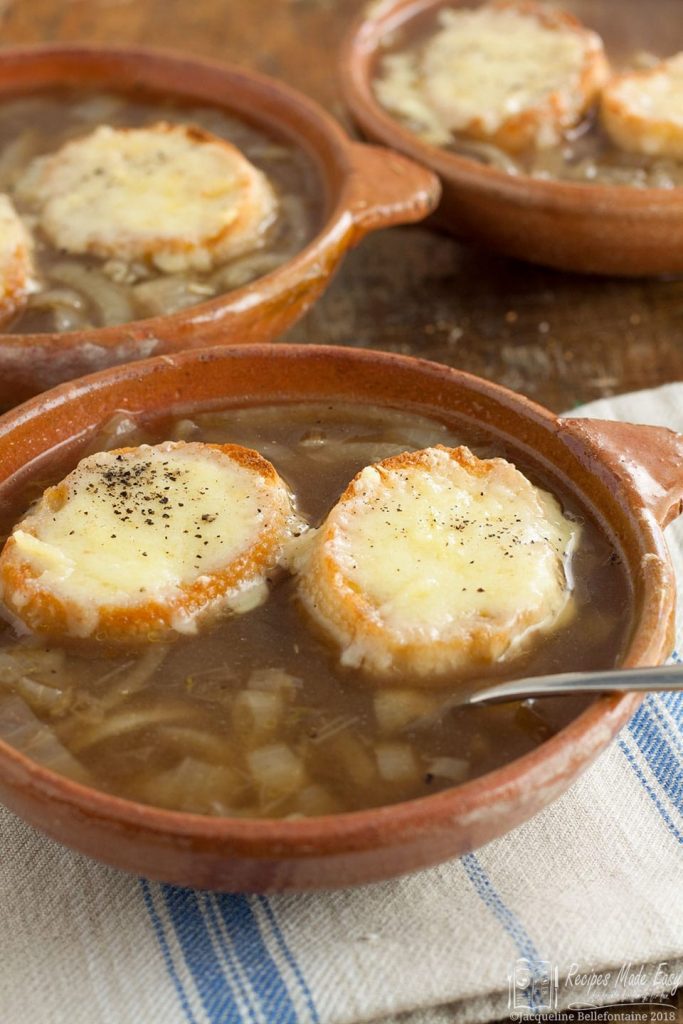