This is a classic lamb tagine with dried apricots, flavoured with saffron, ginger and cinnamon, and sweetened with honey and takes its name from the pot in which it is cooked. 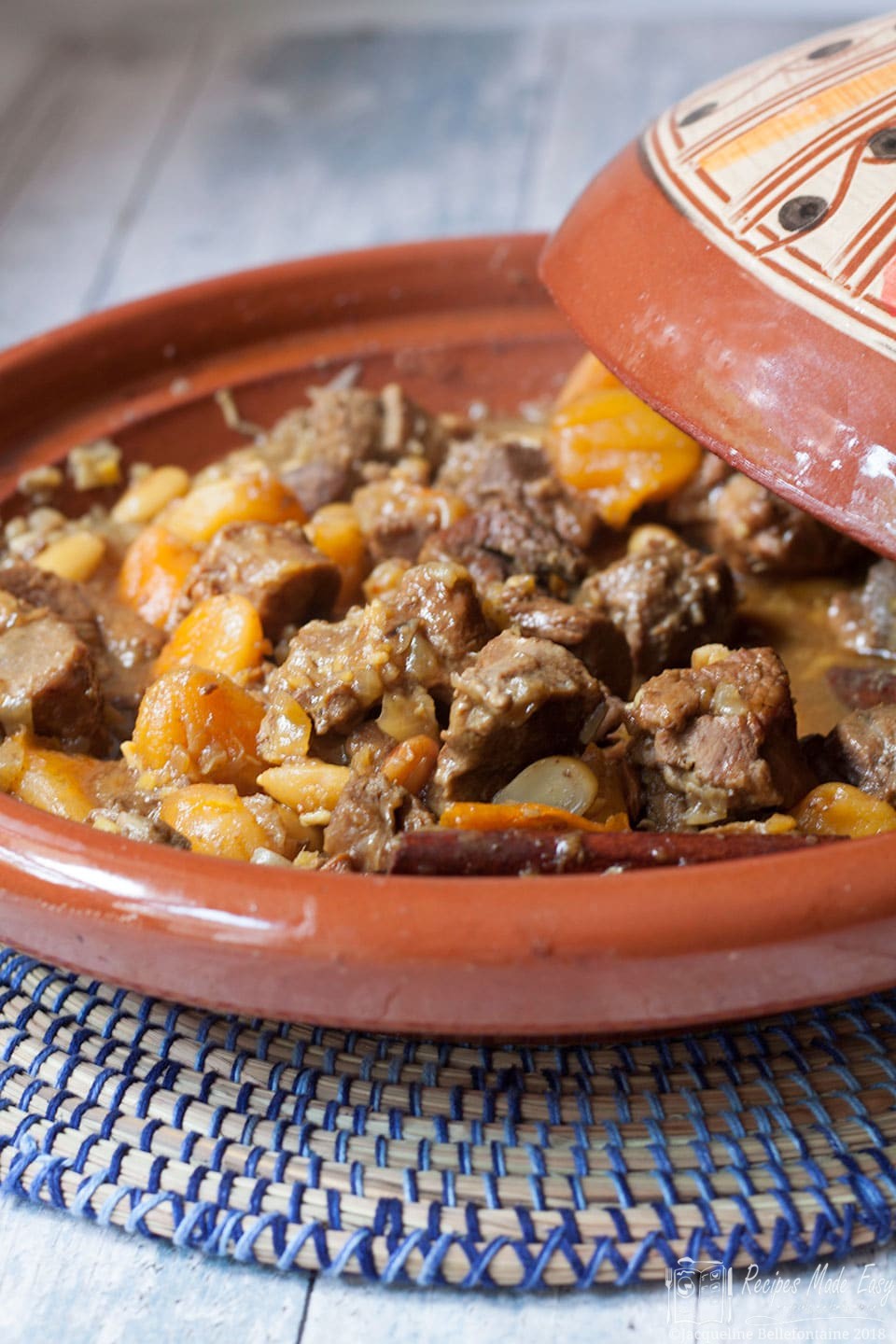 The tagine pot consists of a shallow earthenware dish and a unique conical lid. The food is cooked in just a small amount of liquid as the shape of the lid means that very little moisture is lost through evaporation. Instead it condenses and runs down the lid back into the pan.  Mr B took me to Marakesh a few years back to celebrate a special birthday and I got the rather splendid tagine used in these pictures there. It was really cheap, and the meat I bought for the first tagine I cooked in it, cost twice as much as the pot itself. Of course you can make a tagine without a special pan. Just use a large shallow pan with a well fitting lid but as I have a tagine it is rather fun to use it. 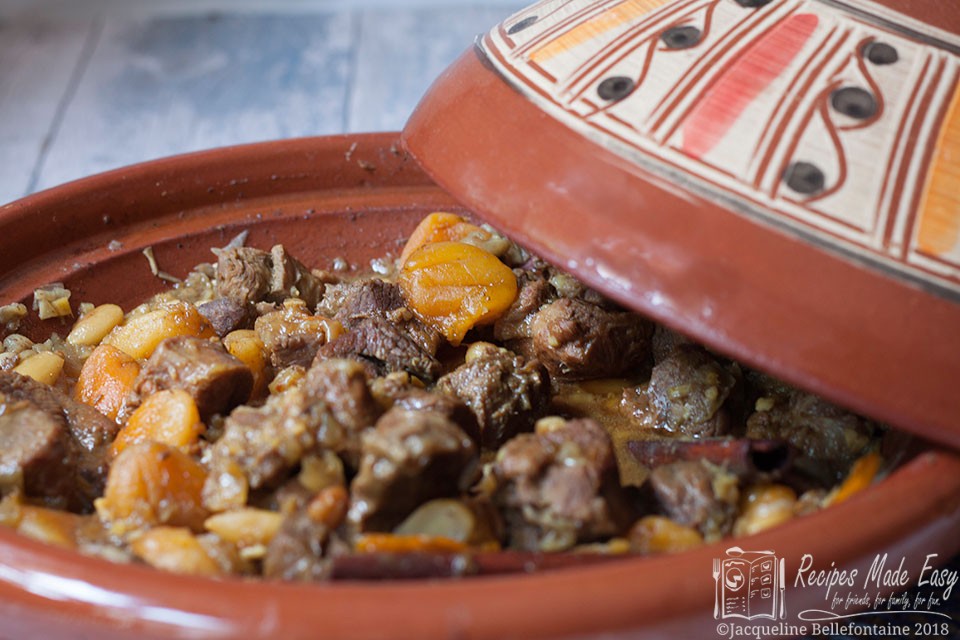 The secret to a successful tagine is slow gentle cooking until the the meat is meltingly tender and the juices have reduced to a thickened, slightly syruppy sauce.  Fragrant and packed full of flavour, tagines are traditionally served as a course on their own with bread for mopping up the sauce. They are then followed by a seperate course of couscous. Here, however, it is more common to serve the couscous along side. I think a side salad or a side dish of roasted aubergine, peppers and onions completes the meal perfectly. Check out my recipe for couscous here.

Fry the onion until softened and begining to colour.

Add the meat and brown on all sides. Add the spices followed by the water and bring to a simmer.

Cover and cook for 1 hour.

Add the apricots and orange zest. Cook for 120 minutes. Add the honey, adjust seasoning and cook 10 minutes more until the sauce is reduced .