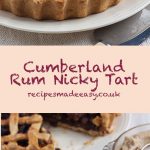 Cumberland Rum Nicky is the name given to an old English dish consisting of a tart filled with dates, ginger and flavoured with Rum. 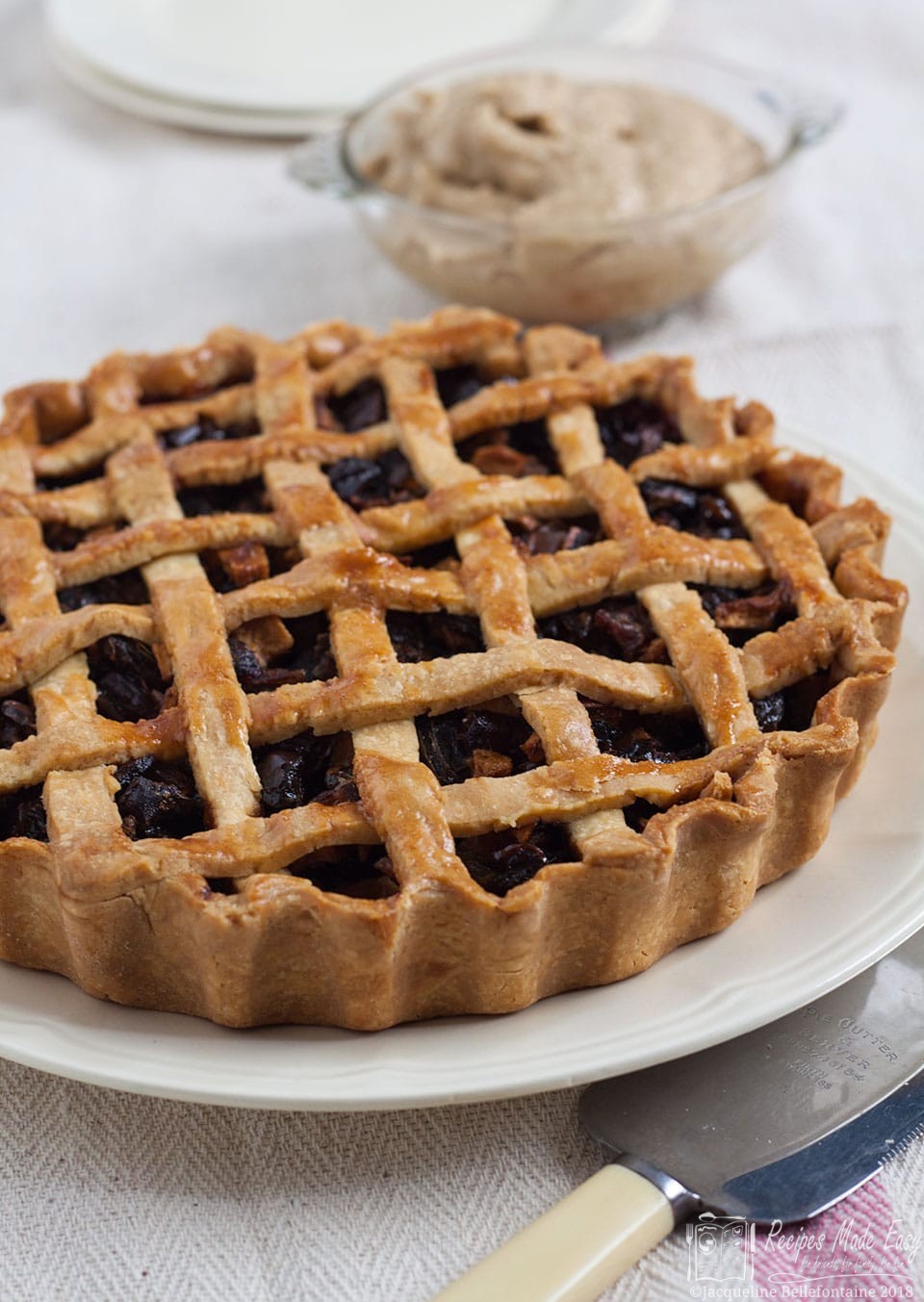 The quarter finals of The Great British Bake Off was the theme of forgotten bakes but when it come to Cumberland Rum Nicky, which was the technical challenge, I had never heard of it let alone forgotten it! I could not help but ponder why I had not come across it before,  I have many baking books and books on British cookery both old and new but it is not in any of them. The tart looked and sounded delicious and as I haven’t made it before I immediately decided it was going to be this weeks Bake Off Inspired Bake.

I set about googling the recipe and there are a not a huge amount of recipes on line but they all had dates,  ginger and rum in common. Some added other dried fruits such as sultanas and raisins. Paul Hollywood’s recipe has dried apricots and a couple had apple in them.  I used Paul’s recipe as a starting point and added apple instead of the dried apricots which seemed less authentic. I made the sweetcrust pastry the way I always do with the addition of an egg yolk for extra richness.

As for its strange name I came across this explanation on Made in Cumbria Website . “This is one of the oldest traditional Cumberland desserts dating back to the East Indies trading routes. During this time Whitehaven was the second biggest port in England, bringing products like ginger, dates, rum, molasses and spices to Britain. The canny Cumbrian seamen were given a bonus by the ship owners of some of the items they were carrying. This led them to invent a date, rum and ginger flan called Rum Nicky.  It is assumed that the word nicky derives from the fact that the shortage of ingredients to complete the flan were often ‘nicked’ (stolen) from the ship.”

I  have to say I really liked this tart.  It is similar to a mincemeat tart but not as sweet and would make a delicious alternative, I can see myself making this again at Christmas. It is often served with rum butter which is made the same way as Brandy butter  but with rum not brandy of course.  If you like dates and like rum you are going to love this tart.

Add the filling, dot with butter.

Roll out and cut remaining pastry into thin strips.

Create a lattice on top of the tart.

I’m linking this recipe to the Great Bloggers Bake Off