Blood Orange Posset. Not the  sexiest of recipe names I know, but this is a really tasty creamy dessert that is so simple to make. It uses juicy seasonal blood oranges to give it a delciate flavour and pretty, peachy orange, colour.

Blood oranges might not have the nicest sounding name but they are well worth seeking out during their limited season.  They acquire their name from the vivid red colour of their flesh and have a similar flavour as traditional oranges with subtle, almost raspberry like, tones.  The season for blood oranges is limited because these varieties of oranges need a particular weather pattern to produce the change in colour.  It is thought that effect in these Mediterranean fruits is triggered by the drop in temperature during the night, after a warm winter’s day.  The colouring is due to the presence of anthocyanins – compounds that give many other fruits and vegetables their red, blue, or purple colours.

Blood oranges can vary from having a few speckles of red throughout the fruit to all the flesh being a deep red.  To me, one of the joys of eating this delicious fruit is that you often do not know just how red it will be until you peel open the orange and break into the flesh. Sometimes the dark colouring is seen on the exterior of the rind as well depending on the variety of blood orange. The season varies from year to year but in the UK it generally starts around December and continues until late spring. In general, I find them easiest to find in January and February, although I did tuck into my first one this season a couple of weeks before Christmas.

In addition to their amazing taste and pretty looks, the anthocyanins found in the fruit are thought to help prevent cancer and heart disease, so what are you waiting for. Search these little beauties out now, they are good for you. When in season you will find blood oranges in most good supermarkets and greengrocers.

Originally a posset was a hot British drink of thickened milk curdled with wine or ale, often spiced, which was popular and used as a cold and flu remedy. Over time, this has evolved and nowadays posset usually refers to a dessert made with thickened cream, similar in taste and style to a syllabub. The cooked cream is thickened (curdled) with the addition of citrus juice, most commonly lemon or lime.  You can also make this dessert with orange juice. Last year I played around with the recipe making it with blood orange juice and loved the result.  The blood orange gave the possets a pretty peach colour although the colour will vary depending on how red the blood oranges are.

You can serve these blood orange possets on their own but, as with most creamy desserts, they are delicious served with a crisp biscuit. I served mine with these orange and almond shortbread biscuits.  For a dinner party at home, they look pretty served in small glass dishes decorated with slices of blood oranges. But sometimes I serve them in little lidded pots as this way they are easy to transport. If blood oranges are not in season you can make them with regular oranges but I like to add a tablespoon of lemon juice to add a little extra flavour.

Heat the cream and sugar together stirring until the sugar has dissolved.

Stir in the finely grated zest and juice.

Pour into small dishes and chill until set. 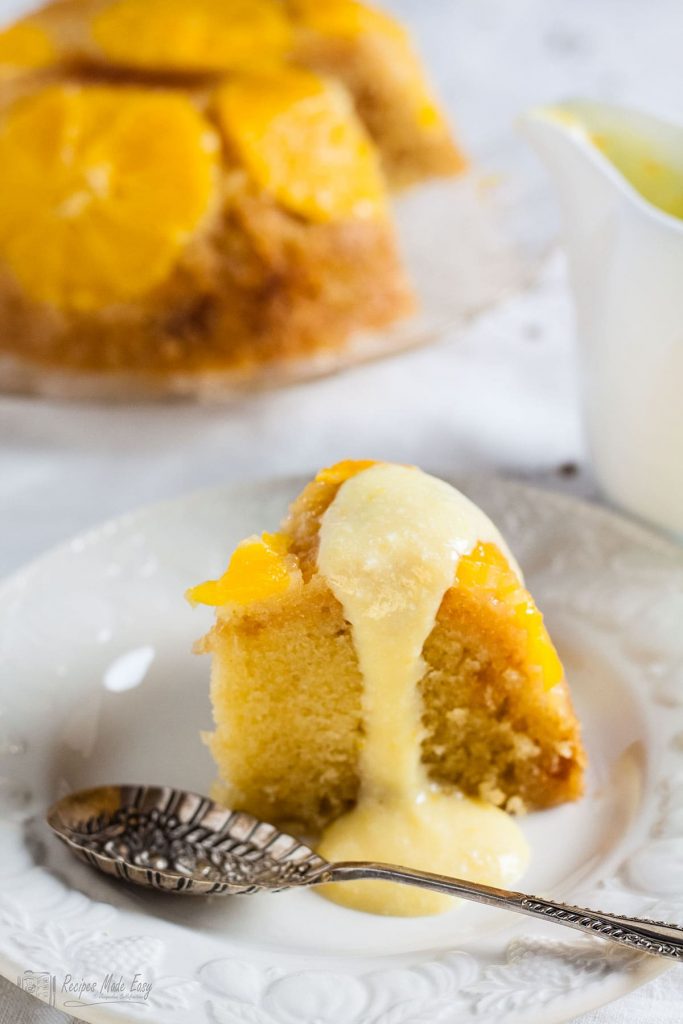 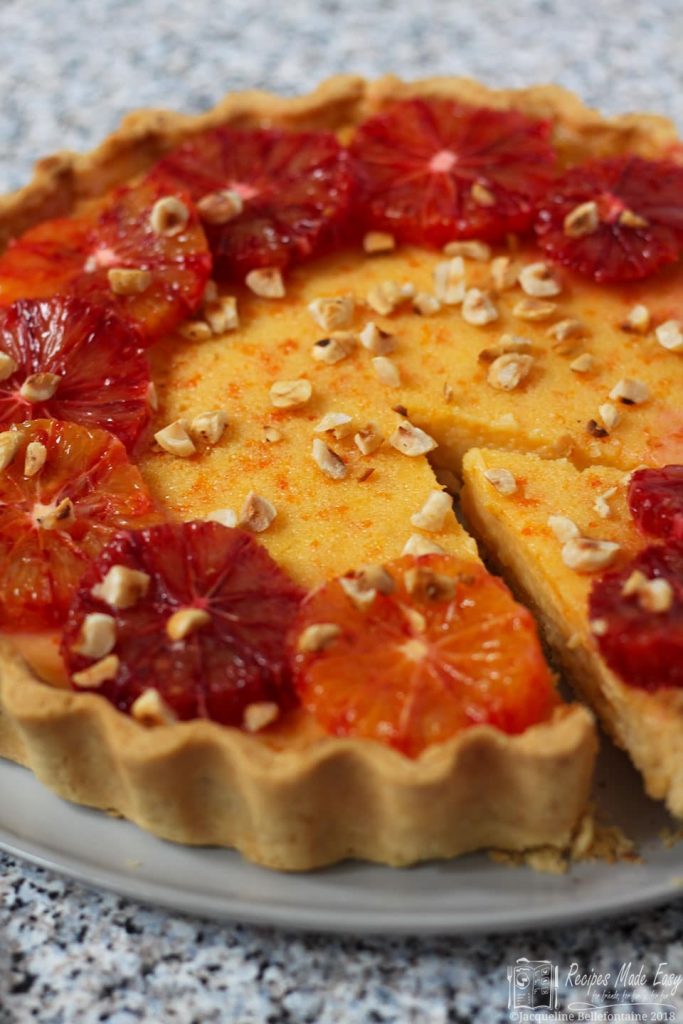 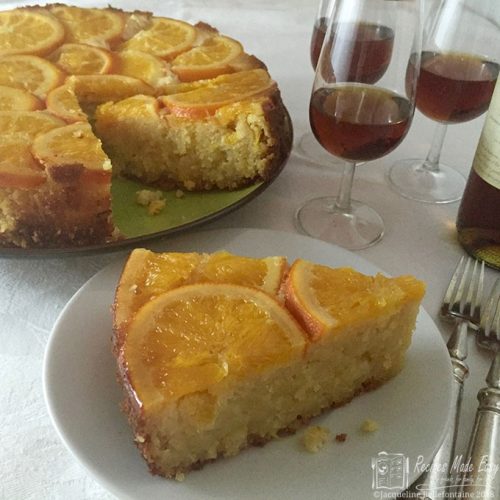 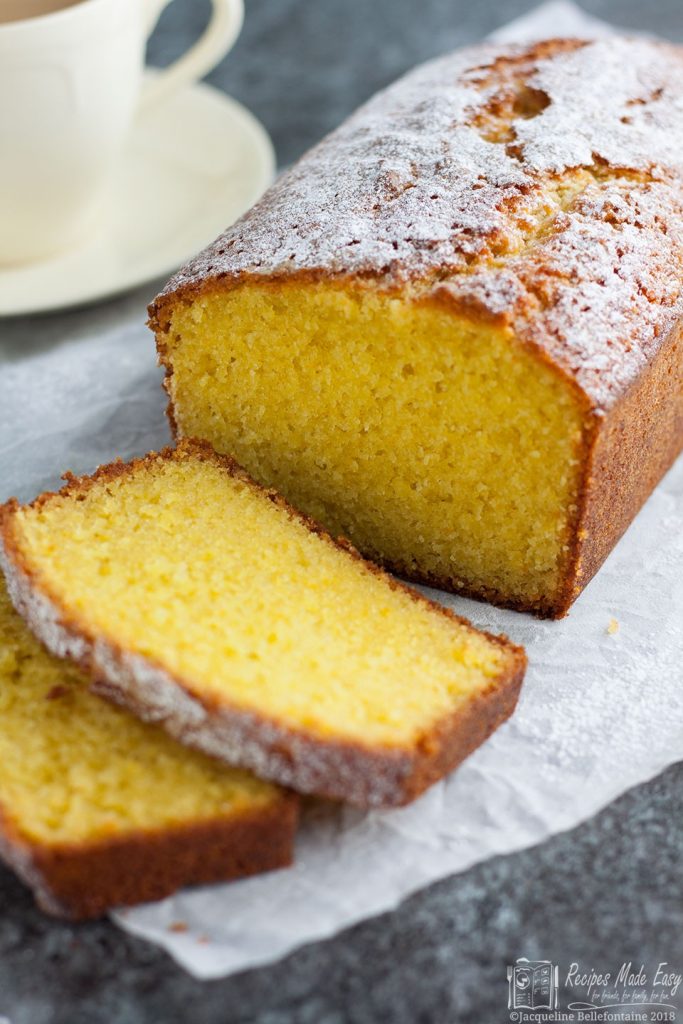