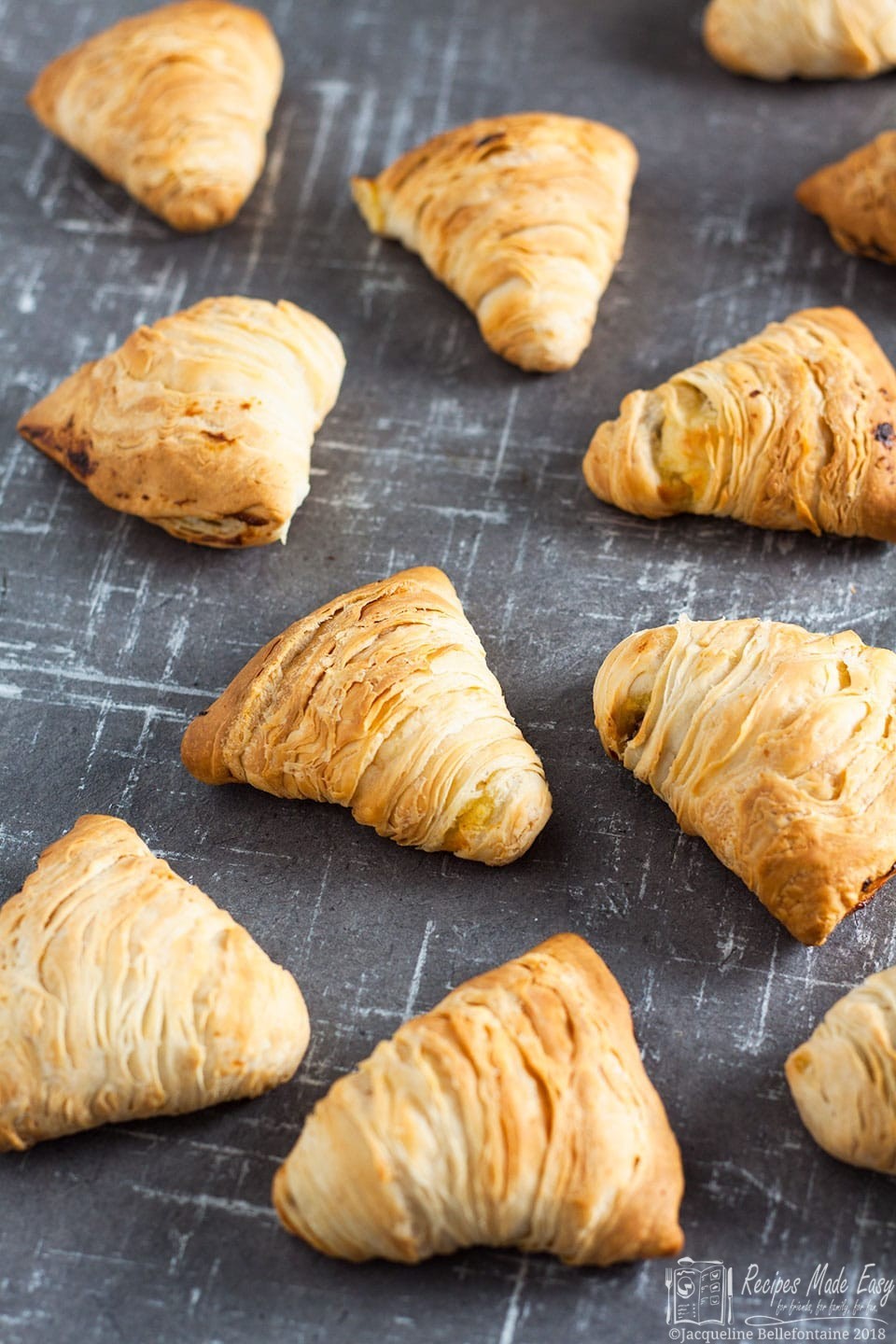 When I found out that The Great British Bake Off was doing an Italian themed week I was really excited – I love Italian food. The contestants were asked to make pizza and Cannoli (small tubes of sweet pasta-like dough filled with a sweet filling) both of which I have made before. However, this week the show stopper challenge was to make Sfogliatella Riccia.  I don’t remember having even tried them before, so I decided that these had to be my choice for this week’s Bake Off inspired post.

I set about googling the pastries for a recipe and in the end chose this one as a base since it seemed fairly authentic.  The quantities were quite large, so I halved them. Some of the recipes I found included butter in the dough itself so I decided to add a little, rubbing it into the flour before adding the water. 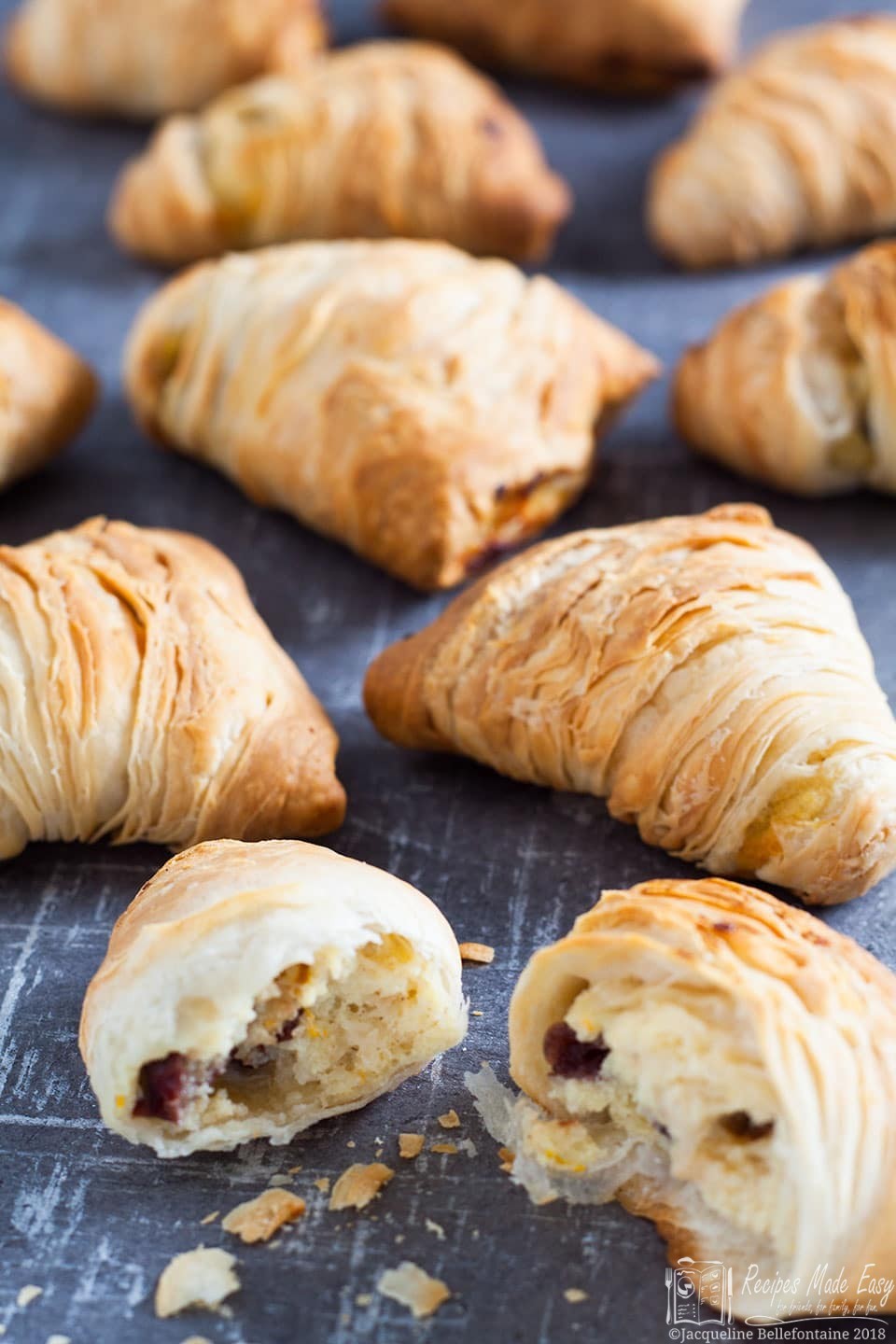 To get the wafer thin layers you need to roll the dough very thinly and then roll it up tight like a swiss roll. While it is possible to roll it by hand it takes a very, very, long time.  Luckily I have a pasta roller attachment for my Kenwood, which takes out a lot of the hard work. I’m not sure I would want to make them without the help of a pasta roller.

To keep the pastry layers separate, the pastry is smeared with butter or lard before rolling. I chose to use butter but on reflection I think lard may be more authentic and would probably give a crisper result, so I will leave that choice to you.

After resting them they are cut into slices and then pressed out between your fingers and thumb to form a cone and filled with the ricotta filling. I am not a huge fan of candied peel so decided to use dried cranberries in the filling instead along with a little cinnamon and orange zest for extra flavour.

This is the hardest part, as shaping the cones is a bit bit tricky but gets easier after a few goes. The trick is to work quickly so that the pastry does not warm up too much.  Finally they are baked until crisp and golden. 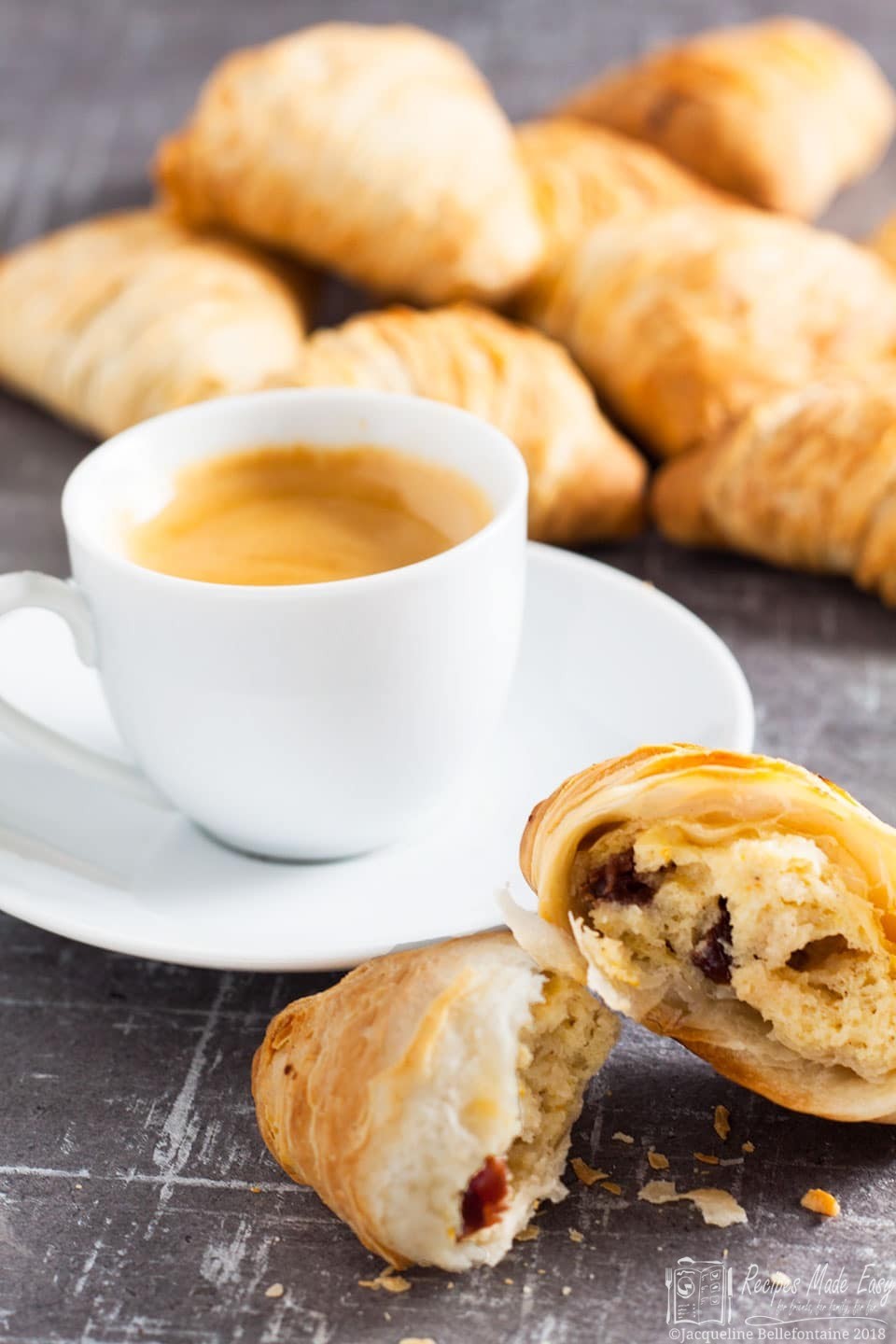 I really enjoyed making these, and it was fun to try something new. It is time consuming though, so allow at least an hour for all that rolling. Plus severeal hours for the dough to relax and chill. Shaping the cones was the hardest part but even being a little heavy handed and not quite knowing for certain if I was doing it right, I found the pastries still ended up crisp and delicious. I would certainly make them again. They are worth the effort, and I am sure next time around I would be quicker and the results would be even better.  A case for practice makes perfect I think!.

To make the pastry dough

Pass the dough through the widest gap on the rollers a few times.

Brush the now very thin pastry with the fat.

Stretch the dough wider as you roll.

Repeat the rolling and continue to build up the roll with additional sheets of pastry.

Repeat until you have used four pieces of dough then start again and make a second roll of pastry. Cover and chill for several hours.

Beat the ricotta and eggs together.

Beat in the cranberries and orange zest.

Then beat in the semolina mixture until combined.

After chilling the dough for several hours, trim and cut each log into 12 slices.

bush the centre of each slice out and pull up edges to form a cone.

Once the dough resembles a cone.

Then fill with ricotta.

Place on a baking tray lined with parchment. 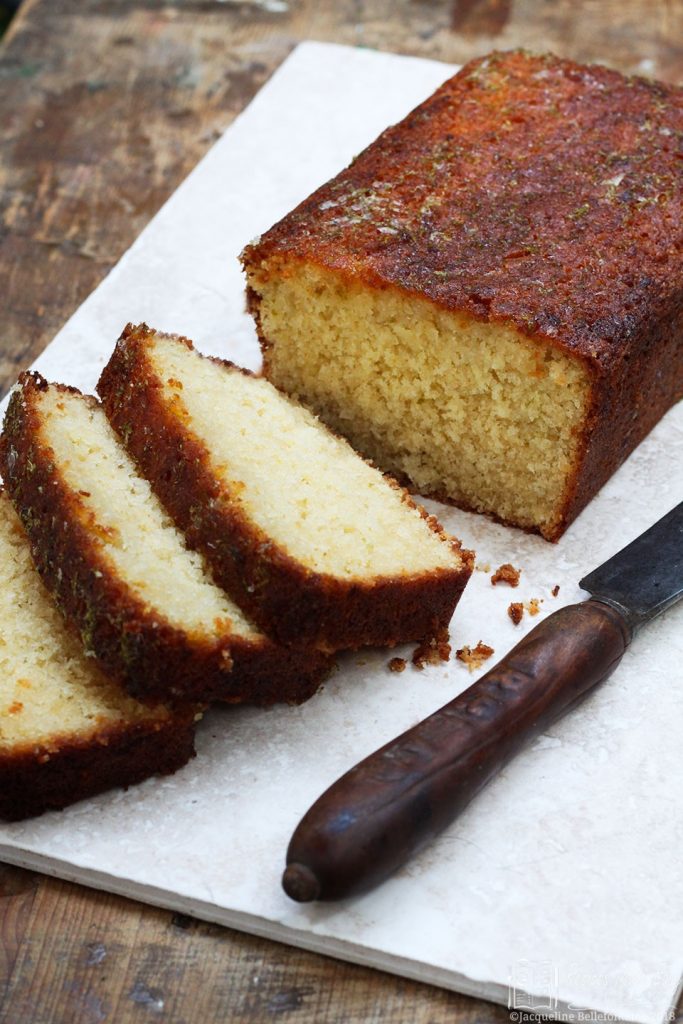 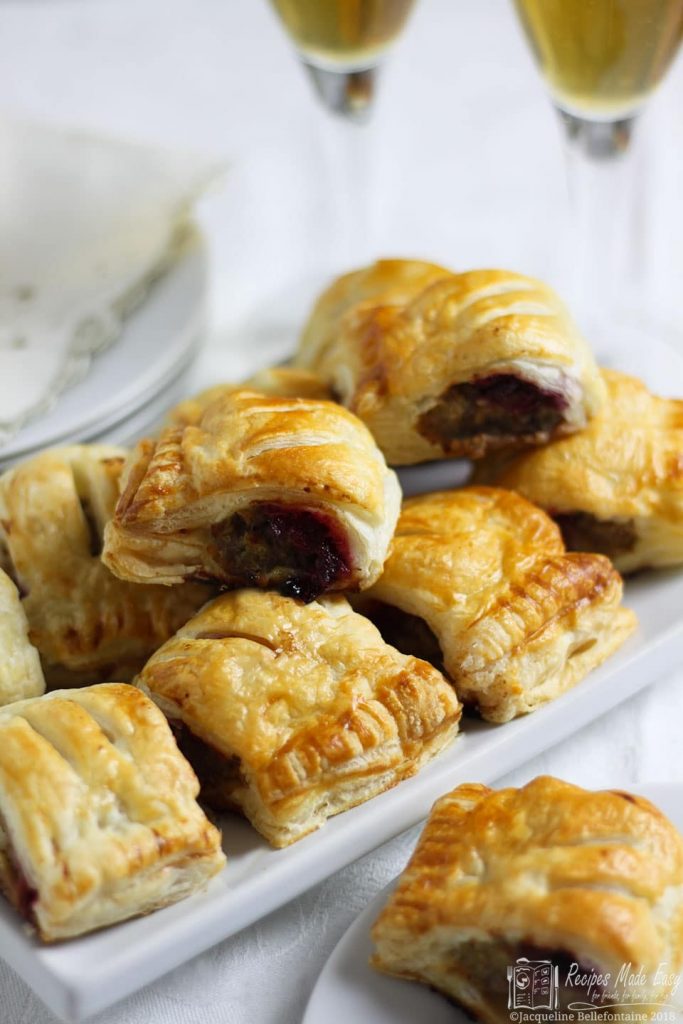 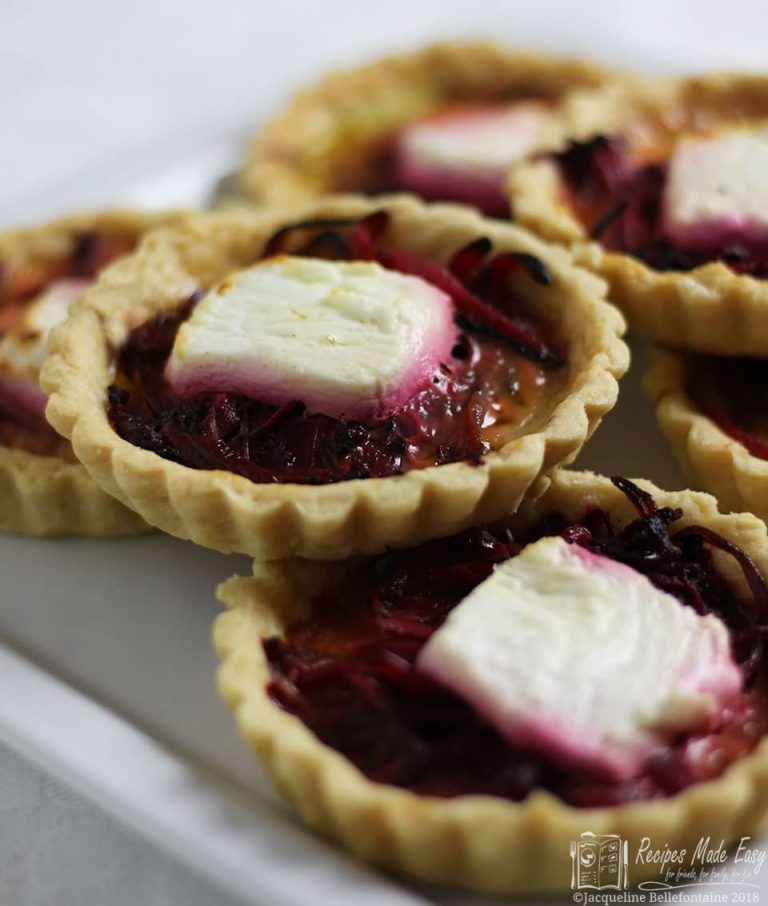