Until my recent road trip to Southern Spain I couldn’t remember the last time I had drank Sangria. I have made it many times in the past but somehow it has dropped off my radar in recent years. Well I am rectifying that now, it really is a fabulous drink when the weather is hot. Sangria is also a doddle to make. 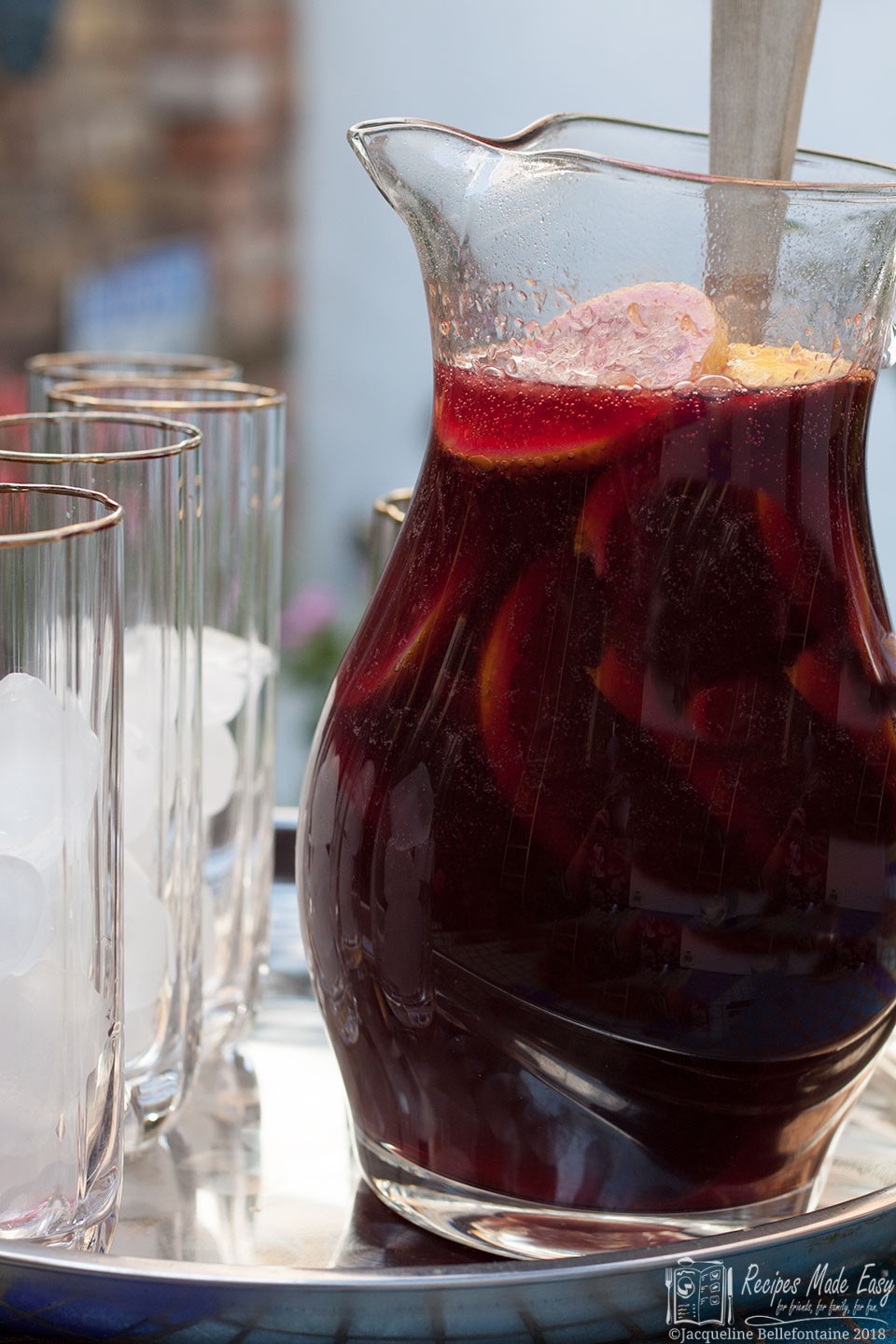 During our drive down through France into Spain and back again the temperatures changed considerably. At one point in France it was only 15C where as in Spain it tended to be in the mid 30s but for a couple of days in the South it was as high as 42C. On cooler  days our drink of choice tended to be red wine but as the temperature improved we were drinking white wine or Sangria. 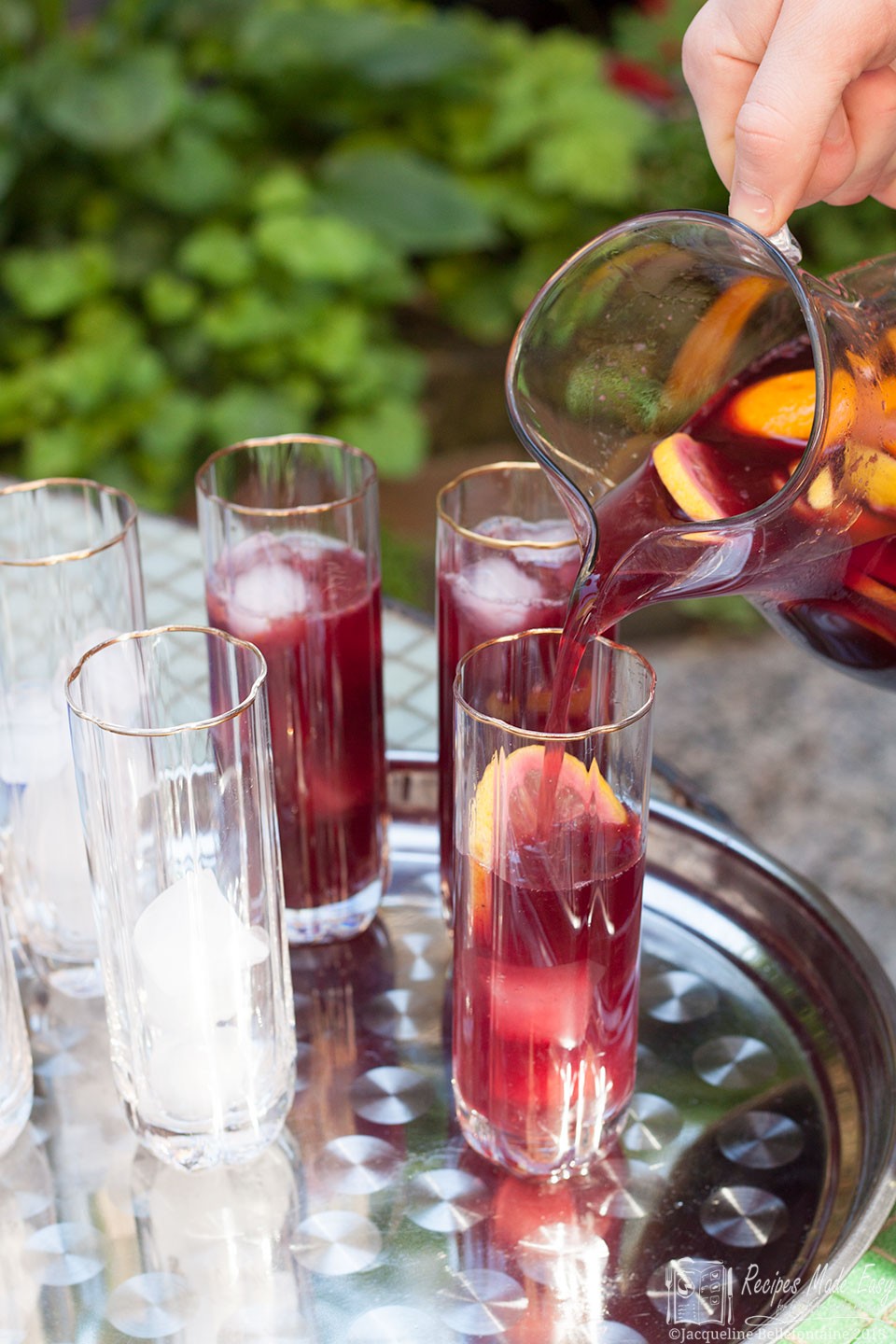 I had forgotten how good Sangria is especially when its hot and in Southern Spain it was on offer in many bars and we were well off the tourist trail so it is not just a drink served to visitors but obviously enjoyed by many Spanish too.

Well I don’t know about you but I think the summer in the UK this year is particularly disappointing.  Those from sunnier climes might think it always that way but lets face it this year is perhaps worse than usual.   I’ve given up waiting for the sun to shine on anywhere like regular frequency but I am not going to let that stop me from posting summery recipes now that I’m back from my vacation. I want to share my recipe for Sangria with you because if the weather does get hot, even if only for a day or two, then forget the Pimms and go for this instead. If it doesn’t give it a try anyway and let’s just pretend.  After all it was  sunny enough yesterday for me to shoot these pictures in the garden.

Step by step Sangria made easy

Squeeze the juice from one orange and one lemon.

Slice the remaining orange and lemon.

Mix the sugar, fruit juice and brandy together in a large jug.

Add the wine and leave to infuse.

Top up with lemonade just before serving.

Drink and enjoy-Im sure like me you will have some volunteers to join you in a glass or two.