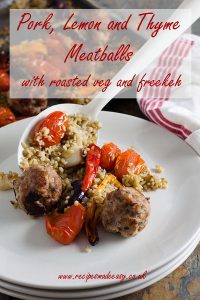 Tasty pork meatballs flavoured with lemon and thyme and served with roasted vegetables and Freekeh makes an easy and healthy midweek meal. 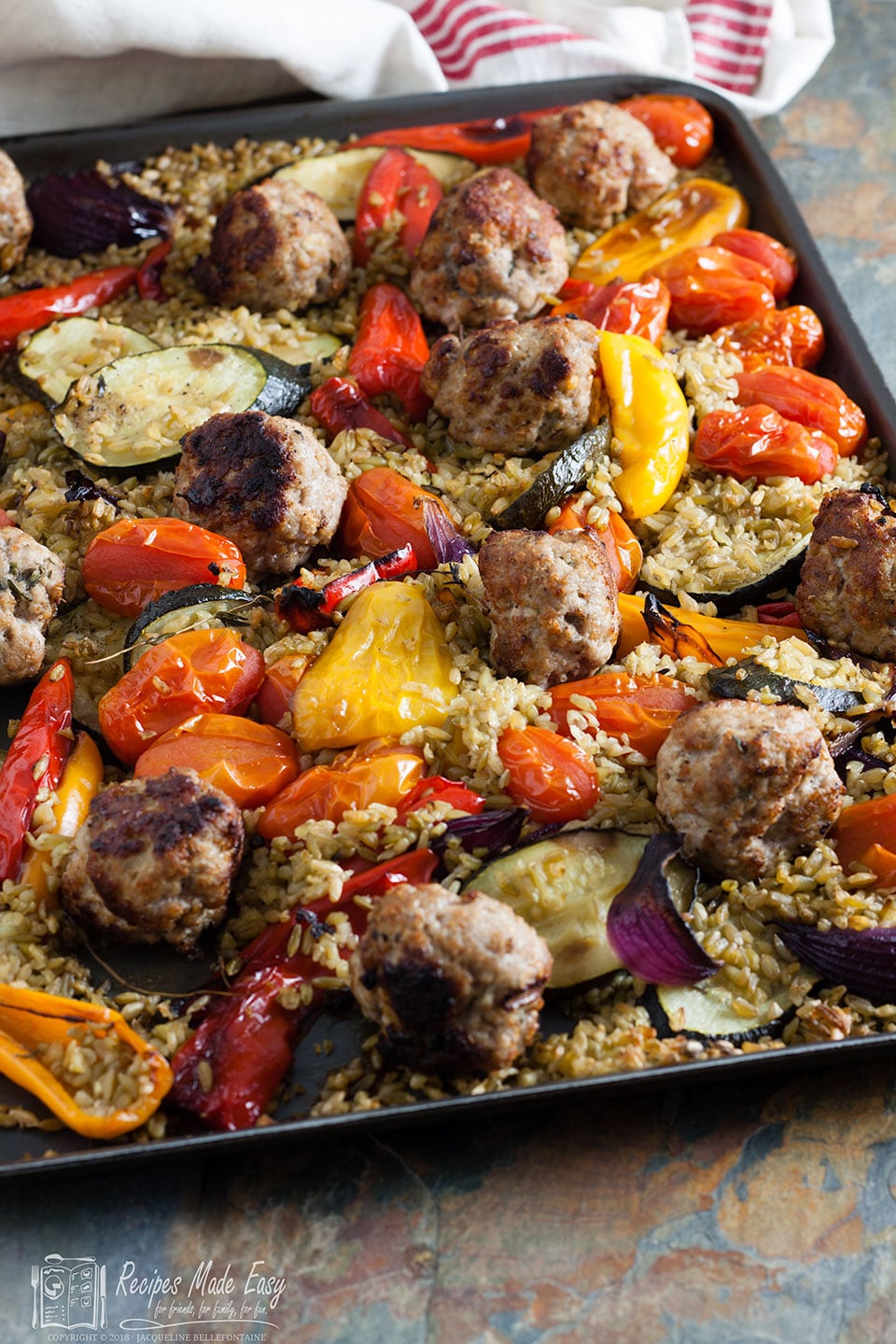 Have your tried Freekeh?

Try it, it is delicious! Freekeh is mentioned in the bible and has been used in Eastern Mediterranean dishes for thousands of years but it is relatively recently that it has appeared on the supermarket shelves in the UK.  It is made from Durum wheat which is harvested early while the wheat grains are still green, roasted or smoked, then polished and cracked to varying degrees of coarseness. The grains are pale greenish brown and similar in texture to bulgar wheat but with a rich, nutty, smoky flavour. Available cracked or whole, cracked freekeh is quicker to cook. Freekeh can be used in soups and stews or used to make salads and stuffing as well as making a tasty alternative to rice as a side dish.

It’s also healthy grain as Freekeh is low in fat and high in protein and fibre. Serving for serving, freekeh has more protein and twice as much fibre as quinoa and is a source of calcium, potassium, iron and zinc. 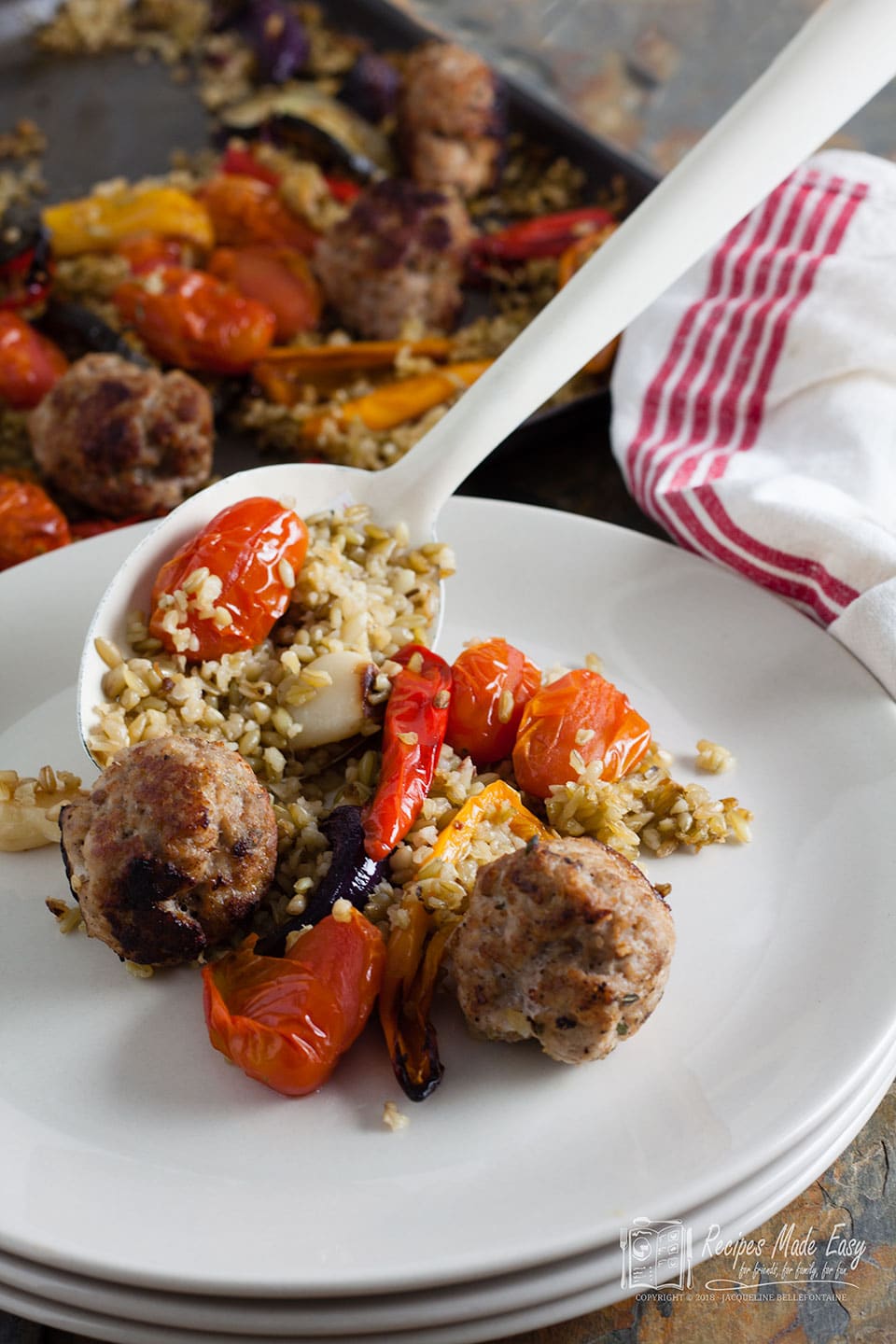 Pork, Lemon and Thyme Meatballs with Roasted Veg and Freekeh

This recipe has been adapted from one I found in a Waitrose magazine and it has already become a popular dish with my family. The original recipe was made with veal and used farro rather than freekeh. Like quinoa and freekeh, farro is a so-called ancient grain, which means that it’s been around for generations, though it too has recently surged in popularity. Farro comes in whole grain, semi-pearled, and pearled varieties.  So you could substitute the farro for the freekeh as in the original recipe. You could also play around with the type of mince but I think pork or lamb works particularly well here. The original also just had tomatoes and peppers but I think the addition of onion and courgette really helps to make it a more satisfying meal.

I usually serve meatballs with a sauce and when I first made this recipe I was a little concerned that it would be on the dry side but with the extra roasted vegetables if was fine and not in the least bit dry.  However, I am tempted to try it next time with my really easy yogurt sauce, not because I think it needs it but because I think the flavours would go quite well together. 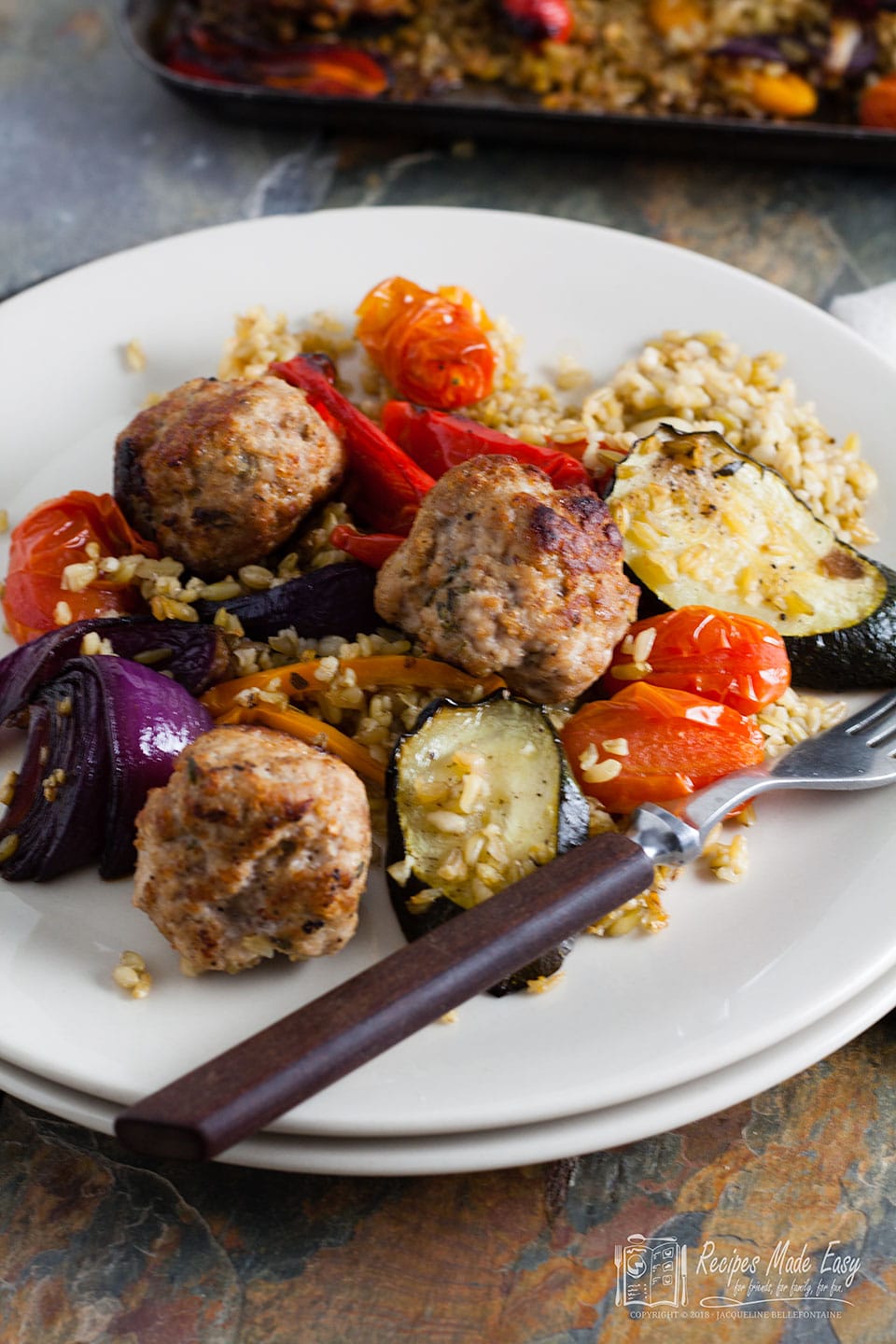 Pork, lemon and thyme meatballs with roasted veg and freekeh

Step by Step Pork, Lemon and Thyme Meatballs with Roasted Veg and Freekeh

Place the ingredients for the meatballs in a bowl and mix well.

Divide into 12 and shape into balls.

Place the peppers, onion, garlic and courgette on a baking sheet. Sprinkle with oil and vinegar and roast for 15 minutes.

Place the freekeh in a saucepan with the water.

Cook about 15 minutes until tender.

Add the tomatoes and freekeh and toss to combine. Place meat balls on top.

Sprinkle with a little oil and water and roast for 15 minutes. 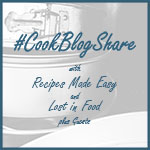