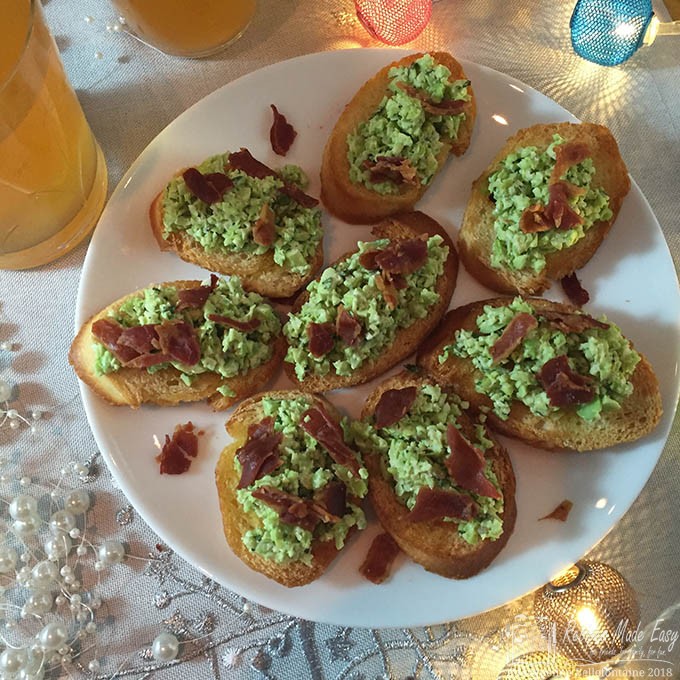 These bean and pancetta  crostini are a variation on one of my favourite pre-dinner nibbles, which I usually make with broad beans. They are topped with Edamame beans, these are more commonly known as a soybean, but they are  harvested before the beans have had a chance to harden. You can buy them shelled or in the pod, fresh or frozen.

When I used broad beans (usually frozen) I slip them out of their inner skin before mashing to a purée,  which can be a bit of a faff, so I brought a little 150g packet of edamame beans from the supermarket to give them a try as with these little soya beans, you skip that step .  The flavour  is not that different and they are more expensive but  they are apparently extremely good for you and are considered to be a superfood, so maybe worth giving them a try for that reason.

As with the red pepper crostini, I like to add garlic to the oil. When seasoning the  bean purée be careful not to add too much salt, as the crispy pancetta pieces can be quite salty. You can make them suitable for vegetarians by omitting the pancetta. 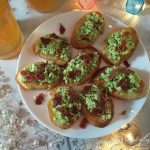